Warwickshire County Council is taking the lead on a project to develop a hub for the exchange of attributes connected to people’s identities. 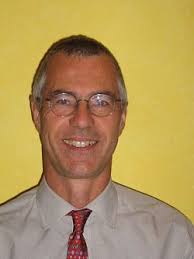 Although the project is still at an early prototype stage, the council hopes it could complement GOV.UK Verify in providing a model for all the public sector to use in proving someone’s eligibility for specific services with the minimum exchange of data.

Ian Litton (pictured), the council’s strategy, programme and information manager, outlined the plans at yesterday’s Public Sector Enterprise ICT Conference staged by Whitehall Media. He said that Warwickshire is working with the Government Digital Service (GDS) and the Open Identity Exchange (OIX), and talking with Whitehall departments and the NHS on the potential for the hub.

It would broker access to the various attributes connected to an individual’s identity, which could be confirmed through Verify, check those relevant to a specific service and confirm their eligibility without passing over the data.

Often just two or three attributes would be sufficient. Most would come from public sector sources, such as for proof of age, national insurance numbers and disability information, but there would also be some private sector information such as bank details and accounts with utilities providers.

“If we are going to do this digitally we need to it online and in real time, which really is a challenge. In order to achieve that we need an effective, online, real time data sharing records,” Litton said.

The aim is to develop the hub as a generic platform that could be easily reused around the public sector.

“It has to be repeatable, trusted and simple to implement,” Litton said. “And it has to be able to share data in real time at the first point of transaction to make it possible to complete transactions online.

“We are experimenting with an attribute exchange hub to find answers to those questions. It does that by reference to a number of attribute providers relevant to the service being delivered.”

He emphasised the importance of preserving trust among individuals by minimising the data sharing and making it as specific to the transaction as possible. It also has to be sufficiently robust to assure the service providers that it draws on trusted attributes, and to assure the information providers that it is an accredited platform.

The council’s prototype is being tested in proving eligibility for the Blue Badge scheme for disabled drivers. Litton said this is a relatively small service, but it could show the potential to reduce fraud in a range of process and provide the business case for further development.

Litton told UKAuthority that there is no firm timeframe for the development of the hub, and the prospect of any support funding will be influenced by the government Spending Review, to be announced later this month. The prototype work on the Blue Badge scheme is contributing to the building of a business case, and he hopes there may be scope for cross-departmental funding.

“If we can show that it is possible to reduce the cost of proving eligibility for a service from, for example, £50 to £3 there would be a clear case for service providers to use attribute exchange,” he said. “There’s a lot to gain from providing the infrastructure and building relationships between service providers and attribute providers.

“Also, we’re trying to engage with the private sector to show how it can work for them.”

There have also been discovery projects to identify customer attitudes, work around the principles in attribute exchange, and ongoing discussions with GDS. Litton said the key point is when Verify, which is currently in beta phase in various Whitehall departments, becomes available for local government.

In October of last year public sector IT association Socitm highlighted the potential for attribute exchange, claiming it can provide savings for government and make things easier for customers.