UK water and energy networks could be used for gigabit broadband

The Department for Digital, Culture, Media and Sport (DCMS) has raised the prospect of changing regulations to open up other types of infrastructure for broadband networks.

It has issued a call for evidence on the Review of Access to Infrastructure Regulations, open until 4 September, with the possibility of making it easier for network operators to run high speed broadband cables through the electricity, gas, water and sewer networks

It could also mean strengthening broadband companies’ access to run cables along new and existing infrastructure lining the road and rail networks. 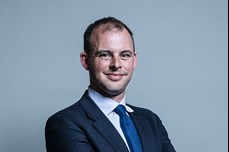 Minister for Digital Infrastructure Matt Warman (pictured) said: “It makes both economic and common sense for firms rolling out gigabit broadband to make use of the infrastructure that already exists across the country. This will help them avoid the high costs and disruption of having to dig or build their own and ultimately benefit consumers.

“We’ve seen progress with improved access to Openreach’s ducts and poles, but other telecoms companies have large networks that are not easily accessible. We want them, and utility companies, to do more to open these up and help speed up getting next-generation broadband to people across the UK.”

DCMS said that currently civil works, in particular installing new ducts and poles, can make up as much as 80% of the costs to industry of building new gigabit-capable broadband networks.

These measures could significantly reduce the time and cost it takes to roll out gigabit-capable broadband.

It added that research from the National Infrastructure Commission suggests infrastructure re-use could lead to an £8 billion cost saving for companies deploying gigabit-capable broadband.