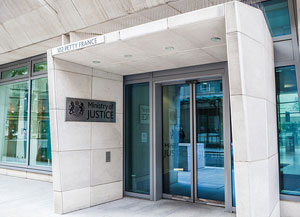 England's most senior judge, the Lord Chief Justice, has voiced frustration at the state of government IT systems - in particular its continued reliance on obsolete Microsoft operating systems. At his annual press conference, Lord Thomas of Cwmgiedd urged the government to exempt IT investment from any new spending cuts.

"If that [investment] is not to go ahead for any reason at all, then in my view the justice system would face a severe crisis,' he said. 'We have not been able to use modern technology, for example... in doing a judgment, I am doing it on Word 2003 with the XP operating system which Microsoft is supporting by special arrangement." He described the state of courtroom IT as I "wholly antiquated".

The special arrangement mentioned by Thomas was the £5.5m deal signed with Microsoft earlier this year to provide 12 months support and security updates to Windows XP, Office 2003 and Exchange 2003 after the software giant ended support for XP in April.

Under the Ministry of Justice's IT transformation programme, courts in England and Wales are due to go paperless by the end of 2016. Thomas said the courts service had "for the first time in probably a hundred years the opportunity for significant investment in the IT and court estate and I think that we need to look at how do we best design it". With the right investment "we can do a lot more online", he said, saving money elsewhere in the system.

Meanwhile, the use of IT in courts took a step forward this week the news that a crown court judge had appeared in court by video to receive a jury's verdict. Today's Law Society Gazette reports that Judge John Tanzer appeared via Skype at Croydon Crown Court earlier this month when a teacher was acquitted of sexual offences.

The judge had used the technology to avoid any delays to recording the jury's verdict. It had already returned a not guilty verdict on one count when the judge was called away to an official commitment. The judge obtained permission from the defendant's lawyers to take the remaining verdicts remotely.

When the jury returned for later that day, the judge appeared on court screens to hear the jury find the defendant not guilty on the remaining counts. The judge then discharged the defendant and thanked everyone for their assistance.

However there would have been no question of the judge delivering a verdict by Skype. 'Had the jury come back with guilty verdicts it had been agreed that sentence would have been adjourned,' one of the barristers in the case explained.