All types of buildings are capable of wasting a lot of heat, and one of the big challenges in creating smart places is to find ways or turning it into new, cleaner forms of energy for people and businesses. 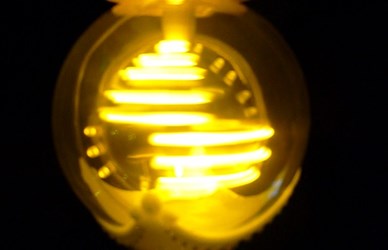 An initiative based in Islington, London and now extending into the West Midlands is responding with plans to develop a smart energy grid to provide new sources of low carbon heat, mobility and power at a localised level.

Its first six-month phase has produced a feasibility study focused on Islington, and it has now received funding from UK Research and Innovation for a second two-year phase, ready to begin by the end of this month, focused on a detailed design and potential replicability for other parts of the country.

“Part of the project is in identifying the availability of energy and where it might be used,” says Graeme Maidment, director of the consortium and professor of heating and cooling in the School of Engineering at LSBU. “If we match it up we do two for one, and by sharing in this way we provide low cost, low carbon energy for the community.”

When constructed, a GreenSCIES solution should provide low cost heat, power and transport to an estimated 33,000 residents and nearly 70 businesses in Islington, reducing carbon emissions by 80% against conventional systems. In turn this should help to improve the local air quality by reducing pollutants.

It will be developed to share heating and cooling between buildings, with secondary heat captured from sources such as data centres, office blocks and public transport buildings, then raised or cooled using heat pumps before distribution around the local smart grid as thermal energy.

Initially the project has built on the use of London Underground ventilation shaft to provide heating for residents in Islington, but there is also the potential to generate low carbon power through photovoltaics. It can then be used by electric heat pumps or stored in batteries and electric vehicles.

Overall it could all help to provide a balanced energy supply across the network; and an element of this is the digital capability for processing data on the heat emissions and demand for power.

Akos Revesz, a post-doctoral researcher at LSBU playing a leading role in the project, says it involves a number of platforms, with a geographic information system showing the interrelations between assets and users, and points to the contribution of Grid Edge as technology lead in the project. He says it is developing the algorithms, which use AI and machine learning, for controlling and optimising the network.

Jim Scott, chief product officer at Grid Edge, says the data can come from a number of sources. These include heat monitors in buildings, electric vehicles through the open charge point protocol, weather forecasts, occupancy levels in buildings, retail centres and organisations providing information on forthcoming events. The details are yet to be determined, depending partly on the data owners ready to make it available. This reflects the difference with earlier projects in taking data from a smaller number of more predictable sources.

“It depends on the person who owns the asset,” he says. “One of the things I’m looking forward to in the project is watching how the mindset develops between who owns what.

“The maturity of the way we treat people’s data is really important, as it dictates whether they will allow anyone else to exercise a control strategy.”

He adds that it is necessary to get the technology, engagement and business model right to make this happen, and that this will be one of the challenges of the project  – although the technology itself is becoming increasingly mature.

“Data and machine learning methods are now available at relatively low cost to enable them to play their part in those markets aimed at decarbonising the power grid,” he says.

The machine learning within the platform makes it possible to process the data for projections on the need for energy, and in the context of the GreenSCIES project will help to anticipate the demand on the ambient heat loop from specific locations and manage the availability accordingly.

Scott says it is already enabling buildings to optimise their energy use and that as part of the project it will be scaled up to neighbourhood level.

“The project gives a genuine pathway towards a more sustainable future, which is why we’re so pleased to be involved,” he says, adding that the use of the data is compliant with the ICO27001 standard for information security.

A number of other small companies are involved in the consortium, which has 16 members overall, and there are plans to establish a centre of excellence to work with industry and carry out relevant research. Part of the plan is to look into the development of business models and policy interventions for GreenSCIES to be replicated.

The effort to extend the scheme beyond Islington has already begun, with a plan to use its findings in setting up a smart energy grid in Sandwell under a trio of projects backed by the West Midlands Combined Authority.

Maidment also makes clear that the project is aimed at providing a model that can be replicated around the country.

“For GreenSCIES what we learn in Islington is genetic and can be applied elsewhere in the country,” he says.

“Clearly the constraints will be different elsewhere, with different applications and availability of resources, different demographics and costs of implementation and energy. But the principles are the same, of sharing energy between applications, optimising its use and delivering low cost, low carbon energy for our community.”

Revesz adds that the team will not necessarily wait until the two years is up before sharing what they learn.

“It’s a two-year project, but once we get a successful output it will be out of the door to make it replicable as quickly and as widely as possible,” he says.