Transport for London (TfL) has reached an arrangement with BAI Communications for the roll out of 4G on the Underground network – with the prospect of 5G to follow. 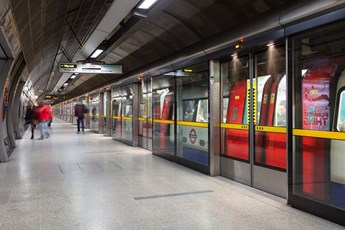 It has awarded the company a 20-year concession to set up the infrastructure for mobile coverage, with a priority of extending 4G to all ticket halls, platforms and tunnels over the next three years.

This follows the introduction of a network to the eastern half of the Jubilee line. The whole project will involve the installation of more than 2,000 km of cabling around London.

A TfL spokesperson said this is likely to be followed by the introduction of 5G as the technology and the market develops.

In addition, the Underground will be used for a high capacity fibre network to support gigabit-capable broadband around London.

TfL has already begun installing the cabling in a number of stations and tunnels, and is planning to begin work on some of its busiest stations including Oxford Circus, Tottenham Court Road and Bank, aiming to have the first connected by the end of 2022.

The organisation highlighted the potential for customers to check on travel information, make phone calls and check on emails and social media during their journeys.

Shashi Verma, chief technology officer at TfL, said: “London Underground was born in the 19th century, and this concession to deliver mobile coverage to the whole Tube network ensures it continues to adapt for customers in the 21st century.

“Providing mobile connectivity to customers within the tunnels and on platforms across London will help them stay connected more easily, and will both provide a long term revenue stream for TfL and support economic growth across the city.”

The commercial details of the deal are currently being kept confidential, although TfL said it will provide with an income stream and save it from any capital costs.

BAI has previously deployed communications networks in urban environments including New York, Toronto and Hong Kong. TfL said the neutral host network it will deliver will be the most advanced of its kind and available for use by all mobile operators.