Testing the potential for AI in the NHS

Interview: Giuseppe Sollazzo, head of AI Labs Skunkworks at NHSX, explains that a big part of its work is in framing healthcare problems in the right context

Artificial intelligence is a bit like Marmite, according to Guiseppe Sollazzo. Many people either love it or hate it, but both groups are wrong and its value depends largely on context. 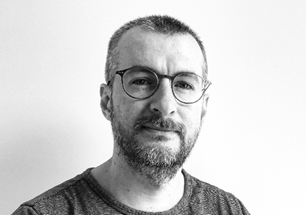 It’s an issue he has had plenty of opportunity to consider as head of AI Lab Skunkworks at NHSX, a role he took on a year ago following a two-year stint as head of data at the Department for Transport and previous NHS experience as a governor of Guy’s and St Thomas’ NHS Foundation Trust.

The programme was set up under him with the aim of promoting the adoption of the technology in healthcare, in clinical and business contexts.

He says this reflects a sharply increasing interest in what AI can do in the sector.

“I’ve seen a lot of talented professional people who might never have come across AI before but have a lot of willingness to understand the tools and whether they can be used in their situations,” he says. “There is an openness to understanding the tools and we are trying to provide a knowledge sharing of AI so that, whatever tools can be built in-house or with suppliers, it is done safely and ethically.”

Sollazzo is keen to say that the best role for AI in healthcare is as a decision support tool, likening it to the way radiography has developed, with the technology supporting the human specialist in making diagnoses and decisions.

He emphasises the link with radiology in referring to a recently completed project in which CT (computerised tomography) scans were examined to extract the contours of lesions in the patient, helping radiologists identify them more quickly and make the decision themselves on the extent of a problem.

The Skunkworks team is a small one, consisting of Sollazzo, two data scientists, two data engineers, a project officer and a temporary community lead, although it also has the capacity to bring in contractors for short term support. He says this makes an agile approach possible in helping NHS bodies explore the potential for AI.

“My major contribution is to say it is a tool and the only way is to experiment with it in the context of people’s work,” he says.

“In the NHS there are a variety of roles that could have possibilities for AI in the work. So we say let’s sit down and bring you the skills and resources to explore what it can do for you and try to get the solution – generally for us a proof of concept – that allows you to learn how AI works in general, what it can do for your problems and what it cannot do.

“We also help those who might feel that AI is all bad; we show them what it can do in comparing how it works for a problem with existing solutions.”

The team runs problem sourcing events three times a year, in which it invites health service teams to share problems that could be solved by data, and takes submissions for its work through a virtual hub. It then helps the applicants frame their problem in terms of how it relates to a realistic use of AI.

“The general message is that we are open to hearing what people need to do and we support them in the way that is most applicable,” Sollazzo says. “We sometimes use or own workforce and sometimes use suppliers to bring specialist knowledge.

“So far we have been using the Home Office Accelerated Capability Environment with a procurement framework attached, which is very good for short term projects. That is suitable for us, but we also have some less well defined projects for which we use our own data scientists and engineers.

“Co-production is important to us. We try to add data capability to an organisation and help it to understand if it needs to grow its own capability. It’s important for the organisation to ask what sort of roles it needs in place.”

Sollazzo says he would not necessarily steer clear of any issue as a possibility for using AI, but that it is a priority to ensure there is proper ethical scrutiny of any potential deployment, especially with it being a stage that needs more informed research.

He cites an example of a proposal to use the technology in shortlisting candidates for job appointments, saying that the team helped to reframe the issue around aiming to remove any bias in the process.

Crux of the issue

“Rather than steering away from AI I would ask if we could get to the crux of the issue. It’s part of being a skunkworks that we are happy to get started then stop the project if we think it’s not going in the right direction. It’s fail fast or succeed and share.

“We have a run a discovery for that project and seen there are plenty of commercial products, plenty of them black boxes, and we are now working with the team to extract the data and go through several layers of assurance.”

The team provides details of projects on its website, examples having come from the Covid-19 pandemic. One of these has involved working with Gloucestershire Hospitals NHS Foundation Trust to develop a tool to predict which patients are likely to have a lengthy stay in hospital. The tool proved able to predict two-thirds of long stayers and stratify the risk in a useful way, and will now be integrated into the hospitals’ electronic patient record.

Another project has involved working with Kettering General Hospital on bed management, aimed at enabling the modelling of bed flows so patients are not moved around excessively while the hospital is able to save resources.

“In general we are seeing projects that manage to get patient and logistical benefits together are the best ones that we want to investigate more,” Sollazzo says.

There is one major limitation at the moment in any ideas of working with local authorities on social care.

“We’ve been trying but it’s really hard,” he says. “There’s a major difficulty in that there is not a lot of standard data to work on with social care, but it is one area we are keen to look at. We haven’t had any applications so far but I’m trying get the team to do more research on that issue.

“Some of the data may be natural language. We are doing a project on natural language and how it fits with clinical coding. At the moment coding is done by data entry, which is highly specialist but with the salary of a data entry role, so there could be a project to see if it can be done by AI.

“The difficulty with that is in data governance. Whenever systems take in free text there is a concern it might incorporate patient identifiable information and there are concerns about that. Now we are interested in how we can spot whether we can do automated parsing of the data.”

For the time being, however, NHS AI Skunkworks is focused on healthcare. Sollazzo says it is still early days and there is a lot to learn, but is positive about what can be achieved in the not too distant future.

“To me the future of AI is about becoming a set of understood tools that are available to hospitals, clinicians and non-clinical staff, and that they know whenever it is right to apply and what data they need, how they clean it and generate datasets not affected by basis.

“Also, it is a learning experience. There will be new problems raising challenges for healthcare and AI will be a tool for dealing with those challenges.”