The surveillance camera commissioner has called for tighter governance of England and Welsh police forces’ use of live facial recognition (LFR). 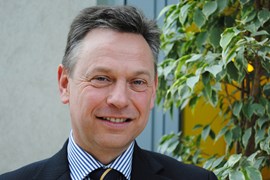 Tony Porter has made a series of recommendations on the issue in a new report, Facing the Camera, taking in the implications of the Court of Appeal ruling earlier this year against the use of the technology by South Wales Police.

He acknowledges the positive potential of LFR in policing, but says in the report’s foreword that it can also be intrusive, the current legal framework is opaque and that he is aiming to provide guidance – not law – on what he regards as good practice.

Several of his recommendations are directed at the Home Office, National Police Chiefs’ Council (NPCC) and Association of Police and Crime Commissioners (APCC). Porters says they should work together on a national procurement strategy, a means by which the credentials of LFR technology can be assessed, and national standards for procurement.

This should be accompanied by the development of consistent structures to approve police operations with LFR, with considerations on watchlists, system probability thresholds, the parameters of deployments and review processes.

The report also calls for the role of decision makers in using the technology to be better defined, and urges the Home Office to update the Surveillance Camera Code of Practice.

Recommendations directed at police forces include that they should develop mechanisms for ‘ethical oversight’ of their decision making and operational conduct when using LFR. These could involve their own ethics committees if they have one, and if not make use of local bodies that scrutinise police activity.

Others are that the NPCC should develop a series of performance indicators for relevant operations, and a nationally consistent terminology for the use of LFR systems.

In a statement accompanying the publication, Porter commented: “Over the seven years I have been commissioner I have continually said that the police should be able to use technology to keep us safe and secure but this must be balanced against our civil liberties and the law.

“The High Court ruled that South Wales Police’s use of LFR was in accordance with the law, but this was later overturned by the Court of Appeal.

“The guidance I’ve issued today will help forces who want to use LFR identify how to do so in accordance with the current legal framework.

“Where there is a proportionate need to deploy intrusive technology, it is right that the police have the guidance to do that – Facing the Camera will go some way to help them before decisions are made to deploy.”