The local authority found benefits in early tactical deployments and is now looking to the strategic, writes Richard Boddington, head of local government and housing associations at Blue Prism 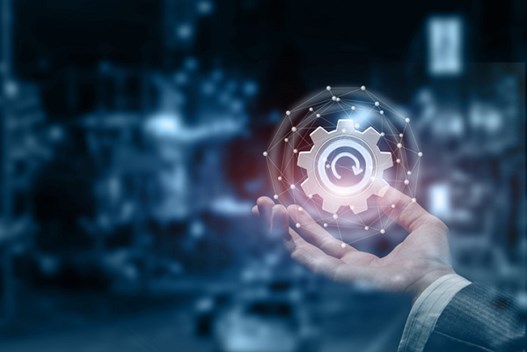 Automation has established itself in the public sector largely for providing benefits in straightforward processes, but as it evolves into intelligent automation (IA) it has a greater potential as a strategic tool.

Suffolk County Council is among those demonstrating the trend. Over the past year it has taken a measured approach to deployment of robotic process automation (RPA) for more immediate gains, handling processes that rely entirely on structured data. It is now on the point of exploring the possibilities of IA, which incorporates other technologies such as character recognition and translation services to handle unstructured data and provide a cognitive element to the deployments.

At the recent UKAuthority AI and Bots4Good conference Richard Small, the council’s intelligent automation lead, said that it had launched a programme to use the technology in late 2019, initially focused on responding to budgetary pressures by making it possible to redeploy staff so that they had more time to use their soft skills in dealing with local citizens.

Its IA team began by exploring the market and drew heavily on the experience of East Suffolk and North Essex NHS Foundation Trust (ESNEFT) – which had its own automation programme up and running – before going via G-Cloud to procure a trial on the Blue Prism Cloud intelligent automation platform.

This kicked off a series of internal workshops with officials from the council's different directorates, scrutinising processes to identify which could provide the basis for a good proof of concept (PoC). It led to the automation of public notice advertising, with a deployment that reduced the operation’s human effort from 900 hours per year to 260.

This successful PoC made the case for deeper investment, in the form of a full procurement of the platform and creation of an internal centre of excellence - drawing on people from inside the council who understood its values, supported by one of the digital team to pass on the core skills in using the software.

The team then launched a programme of building organisational awareness, highlighting the success of the proof of concept, getting the officials from public notice advertising talking about it to others, and showing how the technology could radically change the jobs of others for the better.

“We found that, where there was naturally some apprehension early on, once they see what can be done that changes how they do their job their eyes light up,” Small said. “Once you have those stories coming from colleagues to other colleagues it’s really powerful.”

Another early lesson was to find the right balance between tactical deployments – dealing with the pinchpoints in processes – and the strategic approach in looking at how to use IA in working between agencies in integrated services. Suffolk has worked closely with ESNEFT and with other bodies from within the county and further afield to develop new approaches.

Small says that over the second half of 2020 the use of automation has really taken off, with a growing number of use cases and demonstrable benefits in simpler processes. It is now focusing on larger projects with more touchpoints, such as those for finance, HR and social care case management.

An important element of the approach is to re-use components where possible: if a handful of automations are using the same system it is possible to repeat elements such as log-in scripts and navigation to home screens and case pages. This makes it possible to build more quickly from the point of contact to ‘go live’, and the team is also keen on sharing with others working in similar areas.

Among the lessons learned has been the need to carefully analyse the processes before attempting to automate them - as a bad process will lead to a bad automation - and the benefits of “review, learn, expand, taking in which elements have worked for you”. This includes a recognition that it is OK if some automations do not work, as long as you are ready to identify the reasons and learn from them.

This is where the council is preparing to move into an area that the Cabinet Office has highlighted, with IA having a key role in a future operating model for the public sector, underpinning legacy transformation and interoperability.

Legacy transformation is not just about technology, but how organisations and their workforces operate; while interoperability is about how systems interact with each other, going beyond the organisation itself into initiatives such as multi-agency working and integrated care systems. IA can support both of these to lay the ground for better citizen outcomes – with the capacity to protect vulnerable people, enable digital engagement and take services off of their islands to work as part of a coherent whole.

The key point is that it is not about replacing, but augmenting people and systems, supporting an evolution towards new ways of doing things and better outcomes. From the Blue Prism perspective this is about finding a scalable approach to delivering the technology – which is enabled by cloud – and wrapping around it new capabilities such as AI for functions such as translation, interpretation and intelligent orchestration of work.

These cognitive functions are giving automation new capabilities which enable it to do a lot more than provide small gains through tactical deployments. Now is the time we need to use it more as a tool for transformation and obtain the big prizes.

Find out more about Blue Prism here or click here to arrange a free process workshop. to explore the opportunity in automation for your organisation