States of Guernsey has begun to use two new data centres built as part of its technology partnership with Agilisys. 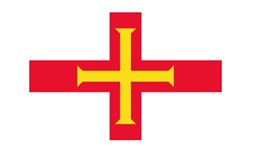 They have recently become operational with the first live services now being migrated as part of the island’s plan to update its ageing public sector IT infrastructure.

This follows the signing of Agilisys as a partner in September of last year and the approval by the States of Guernsey of a £4.3 million investment to replace its old data centres, with the aim of reducing running costs and supporting transformation programmes.

The data centres, one of which is Tier 1, the other Tier 2, are located in Guernsey hosting facilities operated by JT and Logicalis and have been designed to provide a secure and sustainable platform for at least 10 years.

"The data centres have been designed to both allow the States of Guernsey to exploit cloud based services whilst respecting our data sovereignty policies for the data that we would like to retain within the geographical boundaries of the Island," he said.

"The design is based on the need to keep Guernsey specific data on island by running line of business applications hosted within the two data centres, whilst also allowing the exploitation of cloud based services through a purpose built Microsoft Azure Stack."

Sean Cowan, head of digital for States of Guernsey, said: ‘The new data centres represent the foundations of a modern IT service for the States and are essential for us to deliver our vision for improved public services.

“Working in partnership with Agilisys, the last six months have seen our joint Smart Guernsey team deliver not only business as usual IT, they have also managed unprecedented demand for changes to IT services as a result of Covid-19. Against this backdrop, it is nothing short of incredible that they have also completed the new data centres on time and to budget.”

The completion is a significant step in the Smart Guernsey programme, in which the island’s government is working with Agilisys to implement a series of technology solutions as part of a wider public service reform.

Quote from States of Guernsey added on 10 September