Greater Manchester Police did not properly prepare for the launch of its iOPS computer system last year and is still dealing with backlogs of work, according to a newly published report. 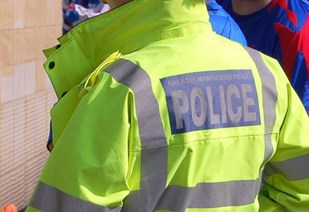 A review of the deployment by HM Inspectorate of Constabulary and Fire and Rescue Services says there have been problems with the system’s speed and functionality, and concerns about data quality and the ability to run searches.

This has led to a high number of workarounds to resolve some of the problems.

The system was launched more than a year after the original date scheduled and quickly ran into problems with its performance, leading to serious backlogs in a number of areas, including the time taken to answer 999 calls, the number of ongoing criminal investigations, and the number of intelligence submissions awaiting assessment.

This led to officers and staff losing confidence in the system and prompted fears that officers and the public were being placed at risk.

Among the failures identified in the inspectorate’s report are that call handlers and dispatch staff were not trained in how to use PoliceWorks and were unable to access and interrogate the system. Even when they have received training, they have said the two systems return inconsistent or incorrect information about risks.

Similarly, the force was inconsistent in its engagement with external partners in its preparation for the launch. It is taking steps to rectify this and the partners have said they have been reassured.

In addition, the plan to support officers and staff in using iOPS was not sufficiently robust, and many still lack confidence in the system.

Preventing future backlogs will require a coherent plan that addresses the shortcomings, the report says. While the force has taken some action – such as working with designers to deal with the technical issues – it still lacks an overarching approach.

HM Inspector of Constabulary Phil Gormley said: “I do not underestimate the scale or complexity of this change programme. It is clear some of the difficulties encountered were unavoidable. However, it is similarly clear there are significant lessons for the future.

“I have made a number of recommendations, which if adopted, will enable the force to address the underlying issues of system capability, working practices and staff training. I continue to monitor the situation and hope to see the force restoring staff confidence in IOPs and delivering on the ambitions and intended benefits.”

Greater Manchester's deputy mayor for policing and crime, Baroness Beverley Hughes, commented: “Having received the final report from the Inspectorate on Thursday 27 February, it is clear that many of the findings within it had already been identified by Greater Manchester Police. The report also acknowledges that issues with the system were caused by a combination of complex issues.

“Nevertheless, the inspectorate’s report has raised significant issues and I have posed a number of questions that require further answers from the chief constable.  I am awaiting a response from the chief constable but, primarily, I have sought assurance that Greater Manchester Police will leave no stone unturned and do whatever it takes to ensure that no victims are left exposed to risk.”

Image by Terry from UK, CC BY 2.0, via Wikimedia Commons