NHS National Services Scotland (NSS) wants to talk to interested parties about its plans to reprocure the Scottish Wide Area Network (SWAN) that provides broadband to around 6,020 sites. 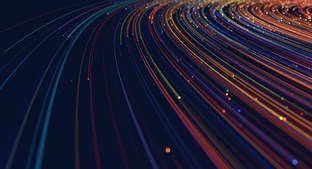 In a prior information notice, NSS says that more than 90 public sector organisations support a replacement procurement for the current SWAN framework deal which ends in April 2023, which it estimates could be worth £350 million. It is asking suppliers to complete a questionnaire by 30 August, which will be followed by a briefing session on 7 September.

The reprocurement would acquire SWAN’s existing network and all the services it provides, which can be used by all public sector organisations in Scotland. It will consider the future requirements of users, both for wide area network services and additional ones such as local area networking, voice and internet of things services.

SWAN was launched in 2014 and is currently operated by Capita. In September 2020, 17 public authorities including the Scottish Government, NHS Scotland and North Lanarkshire Council renewed their contracts to use the service until March 2023.

NSS also announced the award of a five-year contract to provide a computerised cognitive behaviour therapy mental health treatment service to SilverCloud Health, with a value of £3.35 million. It ran the procurement through an accelerated procedure, justifying this as Covid-19 has created an urgent requirement for the software.