Scottish Borders Council to extend ICT deal with CGI until 2040

Scottish Borders Council (SBC) has said it is intending to add five years to its ICT services contract with CGI to take the deal up to 2040. 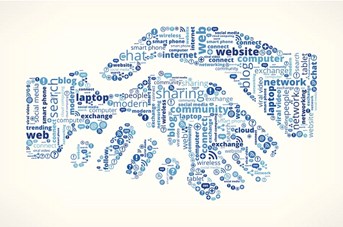 “The partnership was originally forged in 2016 as part of a 13-year contract, which is due to run until 2029. However, SBC has agreed in principle to extend this to 2040, taking up the option of six-year extension and adding another five.

“By agreeing an extension at this time the council would benefit financially and we would be able to further our Fit for 2024 transformation programme to ensure we are in the best shape to meet future challenges, take advantage of new opportunities and deliver the best possible outcomes for Borders' communities.

“The contract extension would allow CGI to support SBC to make sure we are fit to deal with the many challenges we face in a constantly changing digital world.

“It would also enable the Scottish Borders region to benefit from the advancement of digitally connected communities to support improved outcomes in areas such as health, social care and advancing our already world- eading education IT programmes.”

Elements of the initial deal included a plan to set up a Scottish ICT Delivery Centre of Excellence in the area and the council’s claim it would inject more than £100 million into the local economy.

The move comes despite a report from Audit Scotland last year that included criticisms of the progress in realising the benefits from the initial deal. These included a delay in implementing a digital customer access system and the introduction of a Business World ERP system.

The council acknowledged the delays but said both projects are now back on track following a reshaping of its transformation programme. It added that it expects this position to be reflected in its 2019-20 audit report.

The move also comes days after City of Edinburgh Council announced a six-year extension of its own digital services contract with CGI, taking it to 2029

Scottish Borders indicated that this had no bearing on its decision, but that “it is interesting to see that other authorities also recognise the benefits to be gained by extending their strategic partnership with CGI”.