The Ministry of Defence (MoD) has revealed that the Royal Navy has been using artificial intelligence in an at-sea exercise for the first time. 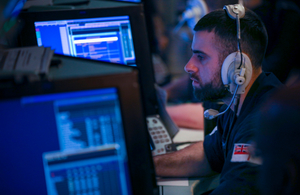 The destroyer HMS Dragon and frigate HMS Lancaster have tested the AI applications Startle and Sycoiea – developed by industry partners Roke and CGI respectively – against a supersonic missile threat as part of the Above Water Systems programme, led by scientists from the Defence Science and Technology Laboratory (Dstl).

Startle is designed to ease the load on sailors monitoring the ‘air picture’ in the operations room, providing live alerts and recommendations, while Sycoiea identifies threats that are nearby and how to deal with them.

The technology has been used as part of Exercise Formidable Shield, said to be Europe’s largest and most complex air and missile exercise. It involves more than 15 ships, 10 aircraft and around 3,300 military personnel. Scientists and military advisers have been onboard some of the ships checking that systems work together with command and control, and have been gathering data to refine future capabilities.

Dstl’s programme manager Alasdair Gilchrist said: “Dstl has invested heavily in the systems that are installed at the moment, but it’s imperative that we continue to invest to make sure that the Royal Navy remains relevant now and in the future.

“Being able to bring AI onto the ships is a massive achievement, and while we can prove the AI.works in the labs, actually getting Navy personnel hands on is brilliant.”

The move reflects the commitment in the recently published Defence Command Paper to invest in AI and automation for the Armed Forces.