Public authorities are expected to play important roles in co-ordinating access to airspace for unmanned traffic vehicles such as drones, according to a new report. 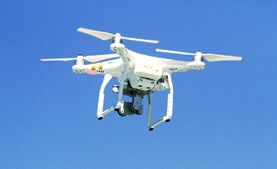 Connected Places Catapult (CPC) has published the document on the outlook for developing an unmanned traffic management (UTM) framework for the UK.

It investigates the scope for a framework for digital air traffic management systems to enable new types of operations, some of which will be crucial to public and emergency services, and to keep aircraft safely separate.

The report points to the role of public authorities – including government departments, local government, aviation authorities and the police – in co-ordinating access to airspace. Emergency services already have a relevant operational model, but as the use of unmanned aerial vehicles grows there is a need for broader framework.

It outlines an architecture to underpin operations, and says one of the key principles would be that public authorities are connected to the UTM system to facilitate dynamic airspace management during emergencies and special events.

Other principles are that the architecture should be federated, contain local UTM network, enable integration with existing airspace users, provide centralised services and connections and include the Civil Aviation Authority.

The report comes from a three-year project sponsored by the Department for Transport and involving a number of industry partners.

CPC said that adopt the Open Access UTM Framework would be an effective starting point for projects, including those funded through UK Research and Innovation’s Future Flight Challenge, to make progress with UTM.

Its chief technology officer Mike Westwood said: “The project has laid the foundations for a national UTM deployment. Through collaboration with industry stakeholders, the trials demonstrated how UTM supports multiple drone operations in real world scenarios.”

The organisation staged a webinar on the development, a recording of which is available from here.