Renfrewshire Council has awarded iOpt a contract worth up to £1 million to install internet of things (IoT) monitors in its social housing. 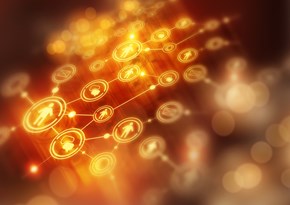 The company, which provides technology to monitor property portfolios, will provide sensors for temperature, humidity and CO2 levels. They will feed information to a data management system developed by iOpt to provide to provide early alerts on issues such as ventilation problems and damp.

iOpt said that, as far it is aware, this is the first partnership of its kind involving a contractual agreement between a local authority and an IoT provider for the supply of remote asset monitoring devices. There have been pilot projects but it believes this is the first to be rolled out at scale.

Under a two-year project, beginning when lockdown restrictions end, it will fit sensors into empty properties being prepared for new tenants, who will then be supported with guidance on energy efficiency.

The initiative will cover up to 2,400 homes over four years, with a target of 1,100 in the first two years.

Scotland’s Minister for Trade, Investment and Innovation Ian McKee said: “During these unprecedented times it is hugely encouraging to see Scotland continue its proud tradition of world leading innovation.

“iOpt’s pioneering IoT technology, being delivered in partnership with Renfrewshire Council, is a fantastic example of how innovation and collaboration can help people live healthy lives at home, supported by remote monitoring.”

The initiative has received £150,000 from the Scottish Government’s Can Do Innovation Fund.