The technology is most valuable when it is widely seen as being part of a team, writes Tom Wright, head of digital engagement at NDL

The value of robotic process automation (RPA) to the public sector is now proven, and it is time for organisations to begin experimenting with new applications and sharing their experiences to realise the full value of the technology. 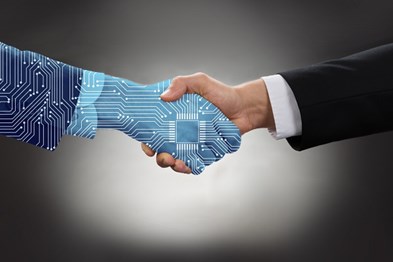 This comes with a need to recognise that it is at its best in working alongside, not as an alternative, to people, and assuring employees that it can underpin rather than replace their contribution.

The scope of progress, and the ambition to do more, became clear in a recent UKA Live discussion in which perspectives were shared between Sarah Talbot, emerging technology lead at Swindon Borough Council, Joe Bradshaw, senior ICT solutions analyst at Newcastle City Council, Lee Stevens-Barr, IT team leader at South Yorkshire Police, UKAuthority publisher Helen Olsen Bedford and myself.

An audience poll indicated that RPA is now being taken seriously by most of the public sector, with 17% saying they were beginning implementations, 19% running pilot projects and 49% actively exploring the potential.

It also confirmed that the applications about which there has been most talk so far are accounting for most of the use, with 80% saying their organisation had used it for the automation of back office processes and 49% in elements of citizen transactions. But there has also been significant use in data migration (39%), using RPA as an alternative to some APIs (39%), integrating legacy systems with modern front ends (32%) and data extraction (27%).

The latter reflects a trend that NDL has seen during the pandemic lockdown, in which the technology has provided the answer to plenty of challenges from the need to step up capacity. More people have had to use public services so more data has had to be processed, and the 24/7 capability of robotics has made it possible to meet the demand.

Participants pointed to successes in their own organisations. Swindon has used RPA in the processing of eligibility for free school meals, for which there has been an unprecedented demand, and has been able to reallocate staff to helping vulnerable adults who have been shielding.

Newcastle has used it for migrating data in processing business grants when it was not possible to set up APIs, reflecting a trend that is gathering steam in the public sector. Many organisations are using legacy systems procured before anyone gave a thought to APIs, found it a major hindrance to feeding data to new systems, but are now using robotics to lift and shift the necessary data in populating the latter.

South Yorkshire Police has used it in a number of legacy data migrations, found it to be a big money saver and is now looking at extending it to firearms licensing.

The lessons from such efforts are informing the next steps. One is that there is often a reticence within the business areas of an organisation, but this can be overcome by talking about the processes and identifying how RPA can help, but also making sure that it is not one that is fundamentally broken. Process mapping can play a crucial role in this, providing a clear view of every step against which to assess the potential value of the technology.

Lee Stevens-Barr commented: “Ask what the process is at the moment and where is the need to refine it before building a digital solution, because throwing RPA onto a broken process will not get a good result.”

A proof of concept project can do a lot to show value, especially if the gains can be quantified, emphasising that RPA is part of a larger toolkit for building digital solutions.

Another lesson is that it is possible to stir up enthusiasm for the technology within the organisation by emphasising it is not just about a financial return on investment, but giving robots the mundane jobs and employees more time for jobs that require human judgement and make a difference at the frontline.

This is where it becomes apparent, but will often need emphasising, that robots are part of the team and can take a large burden off humans, working alongside them to enhance their capabilities. This has prompted some teams to give them names, often comical but with a humanising touch that makes them more welcome. A couple of examples mentioned in the discussion were ‘Joebot’ and ‘Munchie’.

It may seem whimsical, but such measures are gradually encouraging a widespread use of RPA in more basic processes, and some teams are beginning to look at how this can be taken into more ambitious forms of automation.

“A proof of concept can give clear baseline data for evidence to the business and make the case for investment,” Sarah Talbot said. “Then you can move beyond all this with speech recognition, machine learning and natural language processing into intelligent automation.”

But it is crucial to keep in mind, and emphasise to colleagues, that technology is one piece of the drive for transformation; people and processes provide the others. RPA provides the greatest rewards as part of team.

Click here to watch the UKA Live: Spotlight on Automation