Proving the case for RPA in a hospital trust 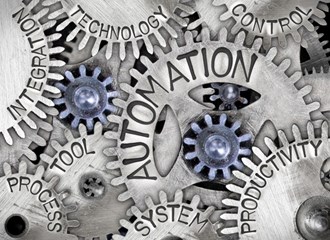 While robotic process automation (RPA) is now a proven technology with a wide range of uses, any organisation needs to test how it fits its processes before going into a widespread implementation.

An illuminating example has emerged from Mid Yorkshire Hospitals NHS Trust, which over the past year has worked with NDL using its SX RPA platform on a nine-month proof of concept to test its suitability, focusing on five processes in line with benefit categories it had already identified.

One of these was for domestic abuse alerts, which are regarded as a priority by the trust. The existing process was well defined but often falling short of what was needed.

Partner agencies such as the local authority or police would provide alerts of cases of abuse in the region to the trust’s safeguarding team, which would feed alerts into its clinical systems and those of local GPs, so any clinicians would become aware of the risks when treating a possible victim and raise a further alert if necessary.

This required staff to act quickly, which they were not always able to do in the face of a rise in the number of cases, and the trust was falling short of its own service level agreement for all alerts to be uploaded to the systems within 72 hours.

It identified the potential for RPA to deal with the problem by creating a bot to handle the process. A multi-agency risk assessment conference (MARAC) meeting led to the creation of a list of ‘at risk’ patients, using their NHS numbers as identifiers, which the RPA bot was then able to feed into emergency department and GP systems.

The change provided quick results, making it possible to process a list of 50 patients in minutes rather than five hours. This has produced benefits in terms of reducing the risk to affected patients and saving a lot of time on administration for the safeguarding teams.

Gareth Cinnamon, digital programme leader for Mid Yorkshire Trust, told the recent UKAuthority AI & Bots4Good conference that this has been a great success and that the trust sees the potential for it to be extended for different types of alerts, such as child protection, learning disabilities and dementia.

“We all know we have key systems in the NHS that generally have a lot of information, but it’s the smaller systems that tend to be left out with alerts, and that’s what we wanted to capture,” he said. “That’s what makes this a really useful process for robotics and the scope for us to progress on this is really exciting.”

The second process was for the trust’s digital learning system (DLS). The trust has a constant intake of clinical staff, including those from agencies, and has to ensure that before they use any of its clinical systems they are fully trained. Setting this up has been a laborious process, taking the training team up to three days to process a cohort of around 200 junior doctors to ensure they can begin work.

The challenge, especially in dealing with agency staff, was to process them more quickly while reducing any risk of error. In response, a list of those needing training was created on an Excel spreadsheet, which the training team dropped into a shared folder that is then read by the NDL's queueing solution, which logs into the DLS system to register each of the staff and book them into each of the courses they need depending on their roles. It then emails them with their log-ins and all the documentation they need.

The time needed for the cohort of doctors was subsequently reduced from three days to three hours, giving the training team more time to deliver training, improving the quality of the data and supporting patient safety.

Another process dealt with 'lingering episodes' of patient care. This is when a discharge from multiple episodes of care remains open and may lead to future appointments being booked for the wrong condition.

It has traditionally been corrected by a time-consuming manual process. However, this has now been replaced by bots taking a list of existing lingering episodes, running the relevant checks on the patient administration system (PAS) and ensuring each record is closed.

Cinnamon said the solution was used for two other processes - to improve data on patient gender on a clinical system and improving the population of email addresses on the PAS - and the contribution of NDL went beyond the provision of the technology to helping the trust build its in-house skills through a series of development days to get us started.

“It got us over the line with the proof of concept, got us noticed within the trust as people could see the changes made,” he said.

He highlighted a key point to emerge from the early deployments.

“One of the lessons we learned was that when you’re looking at a process to automate you have to be very sure that you’ve scoped it for every eventuality. If your bot is going to use a system make sure you are ready for every single window that could pop up when it is being used.

“Also, allow time for your staff to be upskilled and use the development days with the vendor.”

He added that the trust is now past the proof of concept stage and is looking to apply the technology to more demanding processes, the first being for eRS referrals for skin cancer consultations, and that overall the technology has proved itself as a key element in the trust’s progress.

“We believe that RPA can be the catalyst for greater change, complimenting the trust’s digital strategy and its overall objectives,” he said.

NDL has helped many public sector organisations on their digital transformation journey. Read some of their success stories here