Prison staff in England and Wales have been reluctant to make use of mobile devices with access to the P-NOMIS data system, according to a new report. 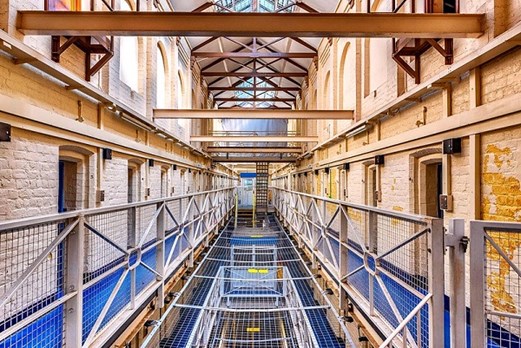 But it also says the introduction of basic digital technology is having the effect of reducing some tensions in prisons.

The Ministry of Justice (MoJ) has identified the trends in its Evaluation of digital technology in prisons report, based on interviews with staff and prisoners, a prisoner survey, analysis of management data and a task time analysis in 11 prisons.

It includes an examination of the reaction to issuing staff with mobile devices to access P-NOMIS – the Prison National Offender Management System – in two of the prisons over periods of six to nine months. This is aimed at saving time in paper based tasks or logging into computers in wing offices.

The report says that usage of the handsets has been low, due to problems in setting them up, with connectivity and outages, and a subsequent reluctance to incorporate them into working practices. Staff reported that the impact of outages could potentially undermine their control within the prisons, and that the contingency plans were not sufficiently robust.

This was despite the fact that staff using them had noted a number of advantages in working more efficiently and having the P-NOMIS information at their fingertips.

More work is needed to identify the obstacles to using the devices before there is enough evidence to support a wider roll out, the report says.

It also reports on the reactions to the provision of PIN (personal identification number) telephones within prisoners’ cells, self-service kiosks on the wings and in-cell laptops for administrative tasks.

These were widely regarded as an improvement on previous arrangements for wing telephones and paper applications, and in giving prisoners more privacy in making calls. There was also a feeling that these have helped to reduce the use of illicit mobile phones and tensions in the wings where they have been provided.

But if any technical problems arise it can lead to prisoners becoming frustrated, and there were complaints about the cost of the in-cell calls.

The report also says that misuse of the digital technology has been rare, although there have been a few incidents around inappropriate use and damage to in-cell telephones.

“Overall, the findings show that the implementation of the digital technologies was perceived to have met many of the expected outcomes, particularly the in-cell telephones,” it says.