NEC Software Solutions UK has announced that the contract to provide its Connect core policing platform for the Athena system has been extended until 2029. 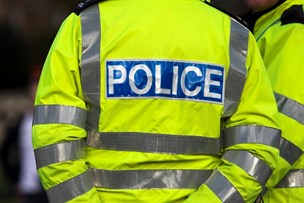 It said this will enable Bedfordshire, Hertfordshire, Cambridgeshire, Essex, Kent, Norfolk, Suffolk, Warwickshire and West Mercia forces to collaborate and use one information database to support collaboration in detecting and convicting criminals.

Athena, supplied through a consortium named the Athena Management Organisation and hosted as a managed service by NEC, is one of two intelligence and case management systems used by British police forces. It is used by more than 30,000 officers with over 1 million searches per day.

The contract extension indicates that NEC – formerly operating as Northgate Public Services – has overcome criticisms of the system’s performance that attracted media attention in 2019.

A document on the extension from the Kent police and crime commissioner says the consortium forces have made significant investment in training, processes and the integration of Athena, and that it does not see sufficient benefits in opting for the principal competitor, the Niche system provided by Canadian firm Niche Technology.

The contract between the consortium and Northgate was initially agreed in 2011.

Steve Ainsworth, executive director of public safety at NEC Software Solutions UK, said: “Athena is a great example of what can be done when forces collaborate effectively to reduce crime and harm to the public.

“We are very proud to be part of this project and have developed a close working relationship with the nine forces, understanding their changing needs so we can continue to help them improve their responses to crime.”