A think tank has argued that clumsy use of data could undermine trust in policing, and that citizens and inspectors should be involved in mitigating this. 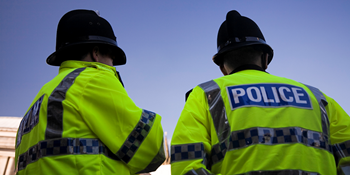 New regulations and practice should be developed on how algorithms are used in policing and criminal justice, with this included within police inspection regimes, according to research by independent think tank the Police Foundation.

The report, Data-driven policing and public value, highlights risks which could undermine trust in the police, such as focusing effort on some people and neighbourhoods while others are ignored, as well as combining data on individuals through cameras, facial recognition and automatic number plate recognition cameras. The report also mentions the problems of bias in predictive models, when these are based on information which reflects social biases on race, social status and gender, and warns against machines being involved in making decisions in criminal justice.

It recommends that police forces consult groups of citizens and establish privacy and ethics commissions to manage how data is used. It also proposes that UK policing should have a common set of data standards and codes with forces banned from buying technology that cannot inter-operate with others.

The report includes case studies such as Avon and Somerset Police’s use of software from Qlik to combine data from more than 10 separate databases in useable interfaces, as well as Hampshire Constabulary training many of its officers and staff to work with data.

It also looks at the development of Burgernet in the Netherlands, a digital collaboration platform introduced a decade ago which now has 1.6 million users, 9% of the country’s population. Burgernet allows police control rooms to send voice or text messages to participating citizens regarding local incidents, so they can provide information. At the end of an incident, those who respond are updated on the result. An average of 10% of uses of the system lead to an arrest, with a further 40% providing indirect but valuable assistance to police. A new version, which will make more use of social media, videos and photos, is in development.