NHS Digital has developed a service to precheck the suitability of a photo ID for use with NHS login. 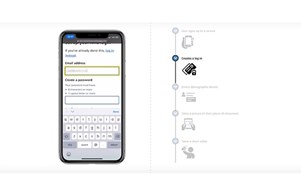 It said this will work in the same way as the service that checks photos in passport applications.

The move is aimed at making the process quicker for users and reducing the number of failed applications.

In addition, a mid-level verification service has been set up, requiring only contact details, for users who do not require access to medical records. Also, with some services users can be given trimmed down access to platforms with the option to upgrade to full access, including medical records, in the future.

Melissa Rusco, programme head of NHS login at NHS Digital, said: “The new precheck service is a fantastic addition to NHS login, making it easier and faster for people registering with the service to know that the documents they are supplying meet our criteria.

“We have already seen that NHS login has been a portal to allow people to access healthcare services digitally, which has been particularly important during the coronavirus response and we hope the continued improvements will see these numbers continue to rise.”

NHS Digital said that NHS login, which gives patients access to healthcare information through a variety of connected apps and platforms, has attracted more than 1 million registered users since it was launched in 2018.

The sign-up process requires users who have not signed up for their GP's online services to provide a photo of a proof of identity – either a driving licence, passport or European national identity card – and a short video of their face.