Pembrokeshire County Council has begun an initiative to improve broadband coverage in its area with the first two deals for coverage of rural communities. 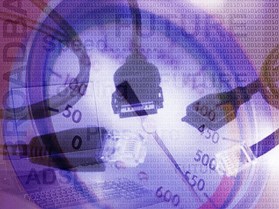 In response, the council has divided Pembrokeshire into 77 project areas to give broadband infrastructure providers the opportunity to quote for connecting businesses and homes to a gigabit capable fibre based network.

Councillor Paul Miller, cabinet member for economy, said: “With the first two pilot communities taking their first steps and two more hot on their heels, we are, as promised, ready to see fibre cables being laid across Pembrokeshire.

“Cabinet has allocated more than £2m of capital funding to support the delivery of fibre, in addition to the significant grant award announced earlier this year.

“On top of that, we estimate these pilot projects will draw down a further £810,000 of UK and Welsh government funding, investment which will be spent directly connecting Pembrokeshire households to the UK fibre network.”

Other elements of the programme involve providing full fibre connections to public buildings across the county, and developing vouchers schemes with communities and businesses to support the building of new broadband infrastructure.