Outdated IT contributed to underpayments of state pension

Outdated and unautomated IT systems have contributed to underpayments of the state pension, according to a new report from the National Audit Office (NAO). 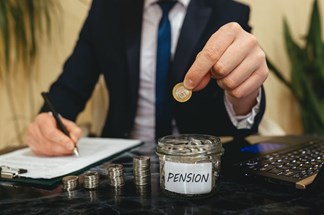 It has identified the issue as a key factor in the Department for Work and Pensions (DWP) underpaying 134,000 pensioners by over £1 billion before April of this year.

The errors have affected pensioners who first claimed state pension before April 2016, do not have a full national insurance record, and should have received certain increases in their basic pension.

The report says the failures of the IT systems combined with the complexity of state pension rules and high degree of manual review by case workers, which has made some error in processing claims almost inevitable.

DWP case workers often failed to set (and later action) manual IT system prompts on pensioners’ files to review the payments at a later date, such as when a spouse reaches pension age or an 80th birthday.

They often made errors when they did set process prompts because frontline staff found instructions difficult to use and lacked training on complex cases.

In addition, those managing and checking prompts have often been unable to access data across all digital systems to ensure the work has been correct.

Other factors have been that the DWP’s approach of measuring, identifying and tackling the largest causes of fraud and error led it to miss earlier opportunities to identify underpayments, and that it has had no means of reviewing individual complaints or errors. Quality assurance processes have focused on checking changes to case details, such as a change of address or death of a spouse, rather than the overall accuracy of payments.

There has been some effort to rectify the situation: between 11 January and 5 September this year DWP reviewed 72,780 cases and paid £60.6 million in arrears in 11% of them. But it may find it difficult to correct underpayments of pensioners who have died and as of last month had not approved a formal plan to trace their estates.

Gareth Davies, head of the NAO said: “The impact of the underpayment of state pension on those pensioners affected is significant. It is vital that the Department of Work and Pensions corrects past underpayments and implements changes to prevent similar problems in future.”