A Data Science Campus is to be set up within the Office of National Statistics (ONS), with Chancellor George Osborne pledging more than £10 million in the Budget to meet the recommendations of the Charlie Bean review on economic statistics. 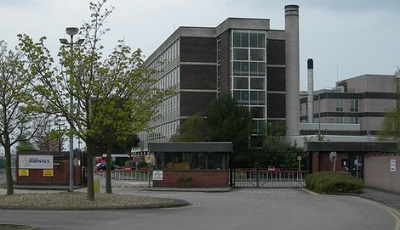 The ONS said the hub will be based at its headquarters in Newport and provide research for the whole of government. The organisation plans to work with academic bodies on producing more real time economic statistics so it can spot trends more quickly.

Osborne also gave the go ahead for an Economics Centre of Excellence at the ONS, which will help it to develop partnerships with academics and experts in an effort to 'future proof' economic statistics.

Jonathan Athow, deputy national statistician for economics at the ONS, said the moves should help it to provide policy makers with better insights into the economy.

“The Economics Centre of Excellence and Data Science Campus are part of ONS’s wider plans to transform into a more innovative, capable and outward looking organisation,” he said.

The two recommendations spring from the recently published review of UK economic statistics by Professor Sir Charles Bean, a former governor of the Bank of England, who said a new research centre would help the ONS to capture a lot of data emerging from the growth of the digital economy.

He called for the cultivation of a new cadre of data scientists to draw on the hoard of administrative data from the public sector – an area in which he said the UK has lagged behind many advanced economies.

Bean was critical of the ONS's performance in recent years, saying it had focused on generating statistics from a range of surveys while ignoring sources of big data.

He also called on it to get into various big data techniques, such as web scraping, text mining and machine learning, in producing economic statistics. One of his recommendations was to ensure the ONS's technoogy and data systems are capable of supporting the exploitation of very large datasets.

“Greater use of this data simultaneously holds out the prospect of more timely and accurate economic statistics, and a reduction in the reporting burdens on businesses and households,” his report said.