Online applications increased the cases of fraud around advances of universal credit, according to a new report by the National Audit Office (NAO). 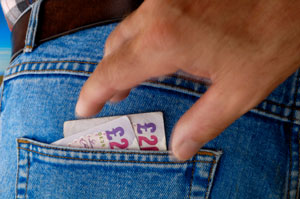 It says the Department for Work and Pensions (DWP), which administers the payments, has identified nearly 100,000 claimants that is suspects may have claimed an advance fraudulently, accounting for £100-150 million. But the NAO itself has estimated that there could have been nearly another 50,000 cases.

DWP provided the option of online claims for advances at the same time as making the general claim in July 2018, requiring claimants to prove their identity using the GOV.UK Verify service. This was aimed at alleviating hardship among claimants and providing an estimated £21 million per year saving in running costs.

But the NAO report says that, despite saying it was aware of the risk of the fraud, DWP provided little evidence that it had used formal procedures to consider the risk – with the exception of a technical paper stating the levels of risk would be less than 1% of advances, equivalent to £5 million per year.

By September 2018 it was detecting a level of fraud it described as small scale and manageable, but it was increasing sharply over this period and by the end of 2019 more than 97,000 suspected cases had been identified. This implied total losses to fraud of between £98-147 million.

It did not take significant action until autumn 2019, when it decided to make online advances available only after a face-to-face interview – a measure it estimates will cost about £5.7 million up to March 2023 – and to strengthen the real time verification of claims by checking the information given against existing data held by government.

Following this the number of suspected cases of fraud have fallen from more 15,000 per month in July of last year to just over 2,000 in December.

The report also says that this situation may have been made worse by relying on the manual identification of fraud. In response DWP has been working on an automated model that has been scheduled for a large scale roll out this month.

Meg Hillier MP, chair of Parliament’s Public Accounts Committee, was highly critical of the DWP’s performance on the issue.

“Universal credit has been challenging from the beginning,” she said. “Even when the department tried to save face by making it easier to get an advance, the department made a hash of it.

“The millions of honest claimants should not be tarnished or scapegoated. It is fraudsters who found it too easy to play the system.

“The department’s identified nearly 100,000 claims it suspects to be fraudulent, collectively worth up to £148 million. The NAO think there could be a further 50,000 fraudulent cases the department has not identified.”