An 18-year-old student, a legal not-for-profit and Greater Manchester’s mayor are planning or launching legal actions over the way in which an algorithm decided A-level grades in England. 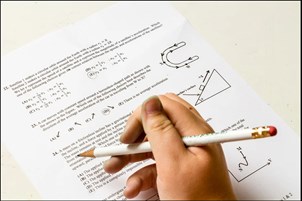 In the absence of exams due to school closures caused by coronavirus, teachers submitted estimated grades for A-level students in England.

The Office of Qualifications and Examinations Regulation (Ofqual) attempted to standardise these based on the recent performance of schools and colleges, with the outcome that many pupils and students were downgraded.

However, Ofqual carried this out only for groups of more than five pupils, giving an advantage to those taught in smaller groups including pupils of independent schools. Law firm Leigh Day, which has written to Ofqual on behalf of London A-level student Curtis Parfitt-Ford, says that independent schools saw a 4.7% increase in the number of students winning A and A* grades, higher than those at state schools and further education colleges.

The Data Protection Act 2018, which enacted the European Union’s GDPR legislation in UK law, introduced a provision for individuals to receive explanations of automated individual decision making and profiling.

Parfirtt-Ford described Ofqual’s process as “a violation of the GDPR to give an automated algorithm so much power over young people’s futures and to rely on an algorithm that leads to wide-scale unfairness”, on a GoFundMe page, which two days after launching on Saturday 15 August had already exceeded its £25,000 fundraising target.

The Good Law Project, a not-for-profit company that has used legal processes to challenge the Government and companies, said it is working with six A-level candidates who were downgraded by the Ofqual process, with some missing places at university as a result. It said it will launch legal proceedings against the organisation on Wednesday 19 August if it does not receive a satisfactory response or remedy.

Andy Burnham, the mayor of Greater Manchester, said that he considered the Ofqual process was biased against larger schools and colleges.

“Given that a higher proportion of students from Greater Manchester attend such institutions than in other parts of the country, I am concerned that the marking system has been unfairly discriminatory against young people here, in part due to the institutions they attend,” he said in a statement.

“That is why I am considering all options to challenge this unfair process, including a legal challenge against the Office of Qualifications and Examinations Regulation.”