Top officials of the Open Data Institute (ODI) have pressed the case for new bodies to facilitate data sharing, taking in private sector sources, for the common good. 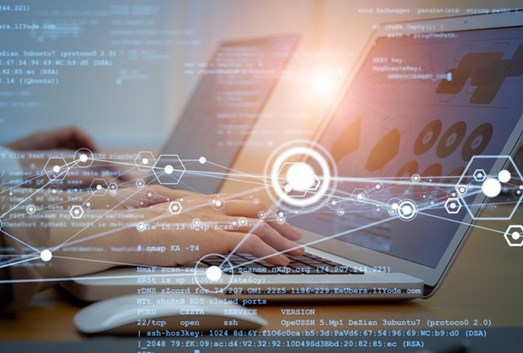 The call came amid the presentations at the ODI Summit yesterday, at which the lessons from the surge in data sharing during the Covid-19 pandemic provided a major reference point and the view that it has added momentum to the cause.

Speaking with journalists at the online event, ODI co-founder Sir Nigel Shadbolt said “something dramatic” has been triggered by the spread of the coronavirus, with a lot of data that usually comes with a price tag being made available for the duration in order to support the response, and the efforts to overcome the pandemic.

He pointed to scientific journals making articles freely available, telcos providing anonymised data on mobile and the sharing of anonymised electronic health records to provide insights on the various trends.

“There is a fantastic set of innovations around new ways in which we can share data and make it more available for the common good,” he said. “One of those will involve new kinds of data institutions. We’ve been working on this a lot at the ODI and talked about the idea of putting data into stewardship with particular purposes.”

It reflects work done by the ODI and supported by the Department for Digital, Culture, Media and Sport on the creation of data trusts as legal structures for independent, third party stewardship of data for the benefit of a group of organisations or people.

Shadbolt said that this could make a lot of people more comfortable with the idea of sharing their data with government, pointing to the UK Biobank – a charity that provides data for health researchers internationally – as an example of what could be achieved. 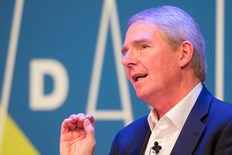 “The real message from today is let’s try and imagine an innovative and agile space across the data spectrum where we try to get as much data release, shared and appropriately used for the common good, as we can.”

He added: “One of the things I would ask us to think about is whether we need a new kind of settlement, where the common good do we need to settle around more sharing between the public and private sectors. To ask again if more routinely this sharing should happen.”

While a new settlement would probably take some time to take shape, it would need some political will, as there is no doubt that government would have to play a big part in shaping it. Jeni Tennison, the ODI’s vice president and chief strategy adviser, emphasised the central role of public sector data in most people’s lives and that it would have to be “a proactive part of our data ecosystem”.

She said: “Government also has a big role in creating the environment in which data flows to the places where it is needed, whether that is through stimulation, challenges and prizes, standards and activities, or setting up these data institutions, it has a big role in shaping what it looks like.”

There are restraining factors, the biggest being the fact that a lot of data held by the private sector has a commercial value that companies will understandably be reluctant to give away – notwithstanding the contribution some have made to the pandemic response.

“It falls back to the model of sweating profits from the public sector,” Shadbolt said. “Some businesses are legitimately built on the notion of selling services to the public sector – we understand that – but there is a question of equity and balance and we ought to be able to find some areas where the common good – general population health is one – where some data under more restrictive licences is opened up.”

He pointed to a large number of scientific articles being opened up for data mining, against the usual practice of the relevant publications, as an act made in the common good, and said it is worth exploring which datasets could become part of a mutual commons. There is a precedent for this in medicine and there is scope to do so without destroying the companies’ profitability.

“There’s a whole bunch of new innovation around that gives some guarantee back to the private sector that we would not take their assets and strip out the value, while providing great examples of where we all benefit from this exchange. On that side we have to look at the commercial incentives and try to align those with the common good policy.

“On the other side, it’s for governments to be more realistic about the conditions under which people are happy to have their data shared and to make that advocacy much more active.”

A supporting voice from the private sector emerged at the press briefing. Volker Buscher, chief data officer of Arup, the professional services company that has just renewed its partnership agreement with the ODI, said it can produce benefits for both sides.

“For the private sector we are very keen to boost data sharing as we are spending 60% of our AI analysis on data cleansing and conservation tasks,” he said.

“The benefit to companies and society will be increased if we can take costs and friction out of the system in the way we share data, whether it is in transport or energy or climate change, any of the big topics. This is not a discussion that anybody has to lose, it is heading for a win-win.

“What’s missing is the institution building and how we achieve facilitation. How do we get organisations in a large ecosystem to agree on how they want to share data?”

There would also be a need for caution in the public sector, with a need for transparency in the way data is used. This was brought into focus a few months ago with the controversy over the application of an algorithm to deciding school students’ A level results; and public mistrust was highlighted in a survey carried out for BCS, The Chartered Institute for IT.

Tennison pointed to the huge impact the public sector has on people’s lives and the fact that they have less choice in their interactions with it than with the private sector. This heightens the need for good practice in how it handles its data, especially as it begins to make more use of algorithms. 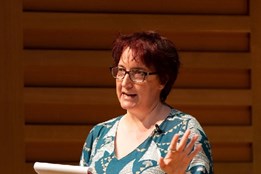 “It means that when making choices for policy making, we need to make sure the public sector is completely transparent about the way algorithms are being used, and it is considering their use within the end-to-end of the service being provided or the decisions being made,” she said.

“Algorithms should be part of the system, not the whole of the system. Anything you put around in terms of accountability, redress mechanisms, taking care of people who might be adversely affected by the results of algorithmic decision making; it all has to be considered when you are looking at the system.”

It is clear that this would have to be part of that new data settlement.

“It’s really important there is strong transparency and accountability for the use of algorithms in public sector decision making, especially when it is about individuals. There should be a strong monitoring of the impacts on people’s lives.”