Northern Ireland has begun to use a low level identity assurance service with plans for it to work alongside the GOV.UK Verify system.

Officials from the Department of Finance and Personnel Enterprise Shared Services (DFPESS), told a session at the Civica Expo conference that this is part of the Northern Ireland Executive's move to increase the usage of digital services and will contribute to the progress of its 16 by 16 strategy.

Caron Alexander, director of digital services for the DFPESS, said: “Verify focuses very much on level two of authentication at the moment. Every organisation that wants to have an authentication service needs to look at other levels; we also have levels one and three in Northern Ireland and don't think we need level four.

“Also, Verify is there for a specific purpose as a digital service, but what happens to someone who can't do it digitally. Our strategy in Northern Ireland is 'digital first then assisted digital', so where we can we will help people to do the digital piece. We recognise that we have to wrap Verify.

“We're not reinventing Verify, it will become a core component when it becomes live. We have documentation we need to match for Northern Ireland citizens that won't be done through Verify at the moment, so we've had to do something on our own to get inclusivity.” 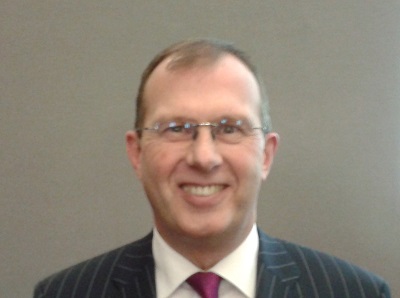 DFPESS chief executive Paul Wickens (pictured) pointed to the Northern Ireland driving licence, and said that it will not be a fully digital service – that people will still have to go to a post office with a document for the initial authentication – but that this will make it possible to get the service up and running quickly. There will also be a secure email box facility.

Alexander added that a single authentication would apply for all Northern Ireland Executive services, in contrast with plans for Verify to be used repeatedly for different services.

Wickens said the DFPESS has made good progress with its digital strategy, and is confident that it will meet its target, set in 2013, to have 16 fully embedded digital transactions available by the end of March this year.

In addition, seven other services are at beta but need more work, and 11 are at alpha.

“We're working together across multiple organisations to get as wide a spread as possible,” Wickens said. “Under this we have the platforms, standards, capabilities and people to move this forward. The better we get, the faster we get, and the more we prove it's worth doing.”

He cited the increased usage of the NIAccess service as a sign of success, saying it now accounts for 80% of the disclosures and has reduced costs by 30%.

Other signs of progress are 28 million visitors to the NI Direct website and 93% customer satisfaction, although Wickens said the 2 million calls handled by the contact centre over the past year was too high.

The strategy has involved the DFPESS working on an any transactions that number more than 10 million per year, while those with lower volumes are handled by departments. It has included a heavy emphasis on digital inclusion, with a team working on increasing the take-up by the public, along with the use of agile methodology and an approach of building reusable components such as electronic forms and payment engines.

There has also been a move to a single government website for the Northern Ireland Executive, and it recently launched an open data portal. Wickens said this already holds hundreds of datasets and that the team behind it is pushing public sector organisations to make more available.