Northern Ireland’s Department for Infrastructure (DfI) and 10 councils have awarded a contract to a consortium led by TerraQuest to deliver a new regional planning IT system. 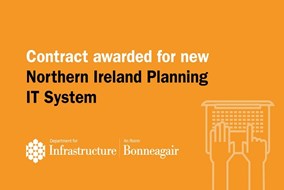 They have announced a £14 million investment with the aim of phasing in the new system from late 2021 to early 2022. Under the deal TerraQuest, a specialist in geospatial data and planning application services, will provide support until at least 2030.

Other members of the consortium are Planning Portal and DEF Software.

The new system will replace the existing Northern Ireland Planning Portal, which the DfI said is reaching the end of its operational life. It said it should provide more responsive and efficient planning services, with more online processing, for local and central government in Northern Ireland.

The only local authority not taking part in the deal is Mid Ulster District Council, which has decided to procure its own system.

The current system handles over 12,000 planning applications per year, and is used by over 700 staff, over 500 consultees and thousands of citizens each year.