Northern Ireland’s Department for Economy (DfE) has struck a seven-year deal worth up to £200 million with Fibrus Networks for next generation access (NGA) broadband infrastructure and services. 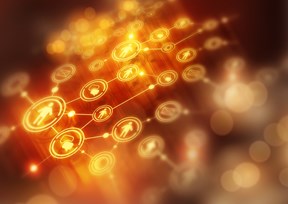 The contract provides a significant element for Northern Ireland’s Project Stratum, which is aimed at providing connectivity to approximately 79,000 premises that cannot yet access the services.

It involves the provision of a range of infrastructure features, including cabling, equipment, satellite dishes and mobile telephony base stations, and is intended to provide download speeds of at least 30 Mbps.

The contract award follows a review published late last year by the DfE which identified 97,000 premises that would be eligible for connectivity under Project Stratum. Since its publication new data from suppliers had revised the number downwards.

The DfE has said that Fibrus Networks has already developed a portal to provide information to citizens on key aspects of implementation, including planned phasing and full deployment of NGA broadband infrastructure across the relevant areas.

The contract notice says the deployment should be complete by the end of March 2024.