NHS Supply Chain has awarded the contracts for the new version of its procurement framework for medical IT equipment. 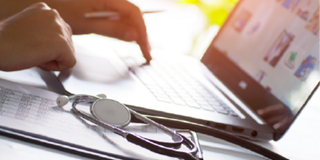 The organisation, which manages the sourcing, delivery and supply of healthcare products, services and food for NHS trusts and healthcare organisations across England and Wales, has published a procurement notice for the update of the framework.

This follows a period since the end of September when, although the previous version had expired, the website has said relevant products were still available to order.

The framework extends to a wide range of products, including software for clinical processes such as radiology and pathology, electronic patient records, and relevant hardware.

It is divided into two lots: one for software solutions with 68 suppliers, 48 of which are SMEs; the other for hardware including servers, monitors and workstations, taking in 17 suppliers of which nine are SMEs.

The contract is set to run for at least two years – with a projected value of £282 million – with options to extend for two more.

There is also an indication that the agreement could be opened up to new suppliers and its specification reviewed to take changes in the market into account.