NHS England has taken a further step in it plan to develop digital passports to support the movement of staff into temporary placings. 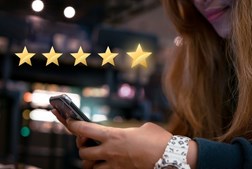 It has published a prior information notice on work to develop an NHS trusts portal, saying it wants to enable NHS organisations to securely issue and verify multiple credentials to enable the groups to move between them.

This follows the move earlier in the year by NHS Improvement – now merged with NHS England – releasing details of the plan to enable staff to move freely between NHS buildings with minimal bureaucracy.

Two priority user groups have been identified: doctors in training who are rotated between sites and other NHS staff members who may have to move temporarily.

There are plans to run an alpha project during March and April, then a private beta until the end of 2022, dependent on timings of a service review by the Government Digital Service. The budgets for the two phases are £750,000 and £1.8 million respectively.

The notice says the Covid-19 digital staff passport has provided an effective interim solution, but there is a need for a longer term solution to support all staff movements.

This is in line with the NHS Long Term Plan and NHS People Plan.