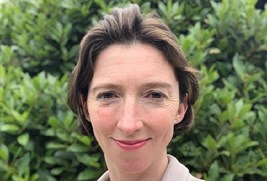 She will take over the role in October following a handover period with her predecessor, Ciaran Martin, and will report to the director of GCHQ, Jeremy Fleming.

Her role will include overseeing its response to hundreds of cyber incidents each year, improving the cyber resilience of the UK’s critical national infrastructure, identifying the risks and opportunities for the UK in emerging technologies and leading the NCSC’s ongoing response to the coronavirus pandemic.

Cameron joins the NCSC with over two decades’ experience in national security policy and crisis management.

She is currently number two at the Northern Ireland Office and was previously the director general responsible for the Department for International Development’s programmes in Africa, Asia and the Middle East.

Previously she has worked in other central government roles and the private sector, and is a graduate of the Ministry of Defence’s Royal College of Defence Studies.

Cameron said: “Over the past four years, the NCSC has transformed the UK’s approach to cyber security and set a benchmark for other countries to follow. I am delighted to join the NCSC and relish the opportunity to take this world leading organisation to the next level.”

Ciaran Martin, who set up the NCSC in 2016, is moving on to become professor of practice in public management at the Blavatnik School of Government at Oxford University.