The National Archives has received its first transfer of born-digital records – those originally created in digital format – as part of its programme to provide a long term home for electronic documents. 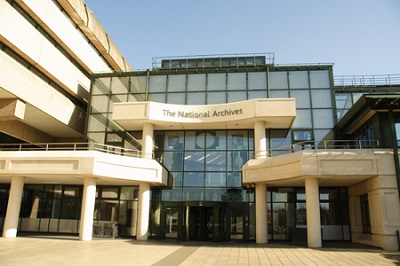 It has begun to make records from the Welsh Language Board available with some of its own on the Discover online catalogue.

This is a first step in a programme that should see born-digital records from some Whitehall departments transferred next year.

A spokesperson for The National Archives told UKAuthority that until recently it did not have the technology to take the records onto its system in a way that could maintain their integrity and make them searchable and viewable. It is now in a position to do so, and has taken the first tranche of hybrid records, consisting of digital and paper components.

As a next step, it is working with a number of central government departments to assess which are best equipped to begin transferring born-digital records next year.

The National Archives is also looking at the long term issue of keeping records accessible as the technology in which they are originally created changes.

“To make sure born-digital records can be permanently preserved we’re engaged in what we call parsimonious presentation, in which we’re making sure it can be used by the next trends of technology being developed,” the spokesperson said. “We want them to be easily viewed in 10 years’ time, although we cannot plan for 100 years as there’s no way we can know what the technology will look like.

“To ensure records will still be used in the same way we want to see what the technology is going to do in the next 10 years.

“It’s comparable to the fact that we sometimes cannot look at emails that were sent six or seven years ago, but we can easily read letters sent to our grandparents 60 to 70 years ago.”

A gradual transition is also under way to reduce the age of records going to conservation from 30 to 20 years, although this could be less for born-digital records.

The National Archives’ online catalogue currently provides access to more than 32 million records, and it anticipates that in the next few years the majority of transfers will be hybrid records.

Jeff James, chief executive and Keeper of the National Archives, said: “Digital preservation is a major international challenge. Digital technology is changing what it means to be an archive and we are responding to these changes.

“These records demonstrate how we are leading the archive sector in embracing the challenges of storing digital information for future generations. We are ensuring that we are ready to keep the nation’s public records safe and accessible for the future, whatever their format.”