A parliamentary committee has told HM Revenue and Customs (HMRC) to make clear how it intends to spend the £268 million it has been given for IT modernisation. 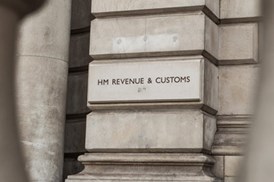 The Public Accounts Committee (PAC) has raised the issue in its new annual report on HMRC’s performance, stating it should write to it by March stating how it is refocusing its IT investment.

This follows the provision of the money by the chancellor in last November’s Spending Review.

The report says HMRC has been spending too much of its IT budget on maintaining its legacy estate and not enough on modernisation. This has had a significant impact on the department, adversely affecting its customer service and compliance activity, reducing its tax revenues and increasing debt balances.

According to the PAC, the department accepts that it should redress the balance between spending too much on legacy systems and not enough on investing for the future.

Spending on IT has accounted for a significant share of the extra costs incurred by work related to the pandemic, amounting to £53.2 million up to 11 September 2020. HMRC has pointed to taxes on the self-employed as an area where data and technology had not kept pace with developments.

Despite this it considers itself one of the most digitally advanced tax administrations in the world and believes that further investment will make it more resilient and agile.

It has claimed progress in its digital transformation and is looking for opportunities to reduce the risks facing its IT systems so that they are kept up to date and safe from cyber attacks.