Parliament’s Public Accounts Committee (PAC) has slammed the Home Office for it record in the development of digital programmes on border security. 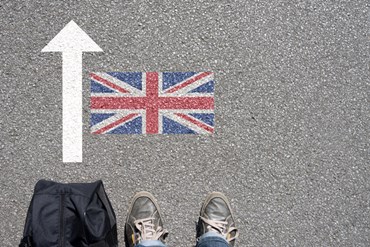 It has published a report, Digital Services at the Border, saying there has been a “litany of failures” over the non-delivery of programmes over the past 20 years, with delays so far costing £173 million.

The Digital Services at the Border (DSAB) programme is a core element of the department’s overall objectives for national security at the border. It was launched in 2014 as a replacement for the abandoned e-Borders programme with a delivery deadline of 2019, but failed to hit the target and has since been reset with a plan to deliver in 2022.

The report says that the roll out of the Border Crossing system – a watchlist against which passengers can be checked – has been hit by technical difficulties, with only 300 staff able to use it in December against a projection of 7,000 by June of this year. The Home Office rolled out a new version late last year which it reported has been available 98% of the time.

In addition, the report says there are plans for more than 140 million passengers a year to pass through the DSAB systems, but there is still no proof it can cope with the passenger volumes that existed before the Covid-19 pandemic.

It says the Home Office failed to address risks and problems that were flagged to the programme board, and false assurances about progress further impeded its responses.

The report also points to further requirements being added to the programme in response to the UK leaving the EU, a turnover of senior responsible owners, and a scarcity of the required technical skills. The Home Office has attempted to overcome the latter problem by drawing up framework contracts that require suppliers to provide people with the right skills to support the programme.

In a broader context, the PAC adds that the department has failed to "identify, acknowledge and be transparent about problems" in delivering tech programmes that are "crucial to national security objectives" of protecting the public from terrorism, crime, illegal immigration and trafficking, and to support the legitimate movement of people across the border.

Meg Hillier MP, chair of the committee, said: "Immigration and border security are among the biggest political issues of our time. It is incredible that the Home Office can have failed so badly, for so long, to deliver technology that is crucial to our national security objectives: crucial to protecting the public from terrorism, crime, illegal immigration and trafficking, and crucial to facilitating legitimate movement across the border.

“The Home Office has struggled to get to grips with the technical challenges, resetting the programme and changing the leadership repeatedly. And it is the taxpayer hit by both the financial cost and the risks to our security."

The PAC report follows similar but less vociferous criticisms of the programme by the National Audit Office last December.