Data silos in Government departments are still providing obstacles to the improvement of public services, a committee of MPs has warned.

In its new report, The Big Data Dilemma, the Science and Technology Committee praises the Government for huge progress in introducing open data, putting the UK “in a world-leading position”. But it also urges ministers to recognise “there is more to do to breakdown departmental data silos, to bring data together in order to further improve public services, as well as to improve data quality”.

Among its recommendations is that a “right of access to data” for the Office for National Statistics should be introduced, alongside a new framework to audit data quality and identify data sharing opportunities.

While the report investigates the broad scenario for the use of data in the UK economy, it says that Whitehall is still failing to make it easily available to support services.

It states: “There is more to do to break down departmental data silos, to bring data together in order to further improve public services, as well as to improve data quality.

“The Government should set out how it can build capacity to deliver more datasets, increasingly in real time, both to decision-makers in government and to external users and, in particular, should work to establish a right of access to data for the Office for National Statistics.

“The Government should also establish a framework - to be overseen by the Government Digital Service, the Office for National Statistics or another expert body - for auditing the quality of data within Government departments amenable for big data applications, and for proactively identifying data sharing opportunities to break departmental data silos.”

In November the Cabinet Office announced plans to modernise the Government's data infrastructure, with aim of building data services around the needs of users rather than Whitehall, and creating an economy of application programme interfaces.

Speaking at the department's Sprint 16 event in London yesterday, Cabinet Office Minister Matt Hancock reitereated a need to ensure that government datasets are as open as possible and that the data is high quality.

The report also states that: 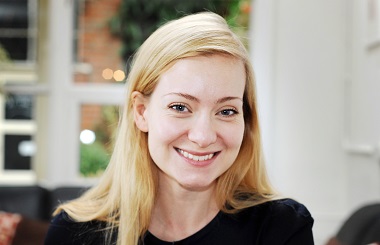 “Exploited further, big data will be transformative, unlocking new life-saving research and creating unimagined opportunities for innovation. The Government has a role in this, in sharing and opening up its own data.”