England’s response to the Covid-19 pandemic was hindered in its early stages by shortcomings in the availability and sharing of necessary data, according to a new parliamentary report. 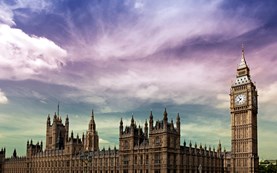 It is one of a number of criticisms in Coronavirus: lessons learned to date, published by the Committees for Health and Social Care and Science and Technology.

In a section on data sharing, the report points the initial inaccessibility of data from NHS England for the SAGE advisory committee’s modelling sub-group, and that it was designed to be used for internal management and therefore lacked granular detail.

There were problems with data flows between national and local organisations, which limited the capacity to make informed decisions. These derived partly from there being no way for test results to easily flow into local public health systems, and from a resistance to share by some organisations.

Such problems contributed to early problems with the Test and Trace programme and prevented local public health directors from having access to the central repository of positive cases.

“It is evident that the sharing of granular data is critical to an effective response to an emergency,” the report says. “We heard evidence that this did not materialise in the Covid-19 pandemic and instead early efforts to analyse the pandemic were hampered.”

Other problems arose from the abandonment of community testing early in the pandemic, which led to a lack of data which in turn made it more difficult for scientists to understand the spread of the virus.

“Arguably, this lack of data could have contributed to the delay in the critical decision to instigate a nationwide lockdown,” the report says.

Overall, the committees’ inquiry concluded that some initiatives in the response were examples of global best practice, but others represented mistakes.

In a joint statement, chair of the Health and Social Care Committee Jeremy Hunt MP and chair of the Science and Technology Committee Greg Clark MP said: "The UK response has combined some big achievements with some big mistakes. It is vital to learn from both to ensure that we perform as best as we possibly can during the remainder of the pandemic and in the future.

“Our vaccine programme was boldly planned and effectively executed. Our Test and Trace programme took too long to become effective.

“The Government took seriously scientific advice but there should have been more challenge from all to the early UK consensus that delayed a more comprehensive lockdown when countries like South Korea showed a different approach was possible.”