The Ministry of Defence (MoD) has decided to extend its Future Logistics Information Services (FLIS) contract with Boeing Defence UK. 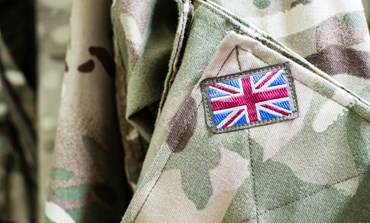 It is extending the deal by five years from the previous expiry data of July 2022 under a ‘Bridges the Gap’ (BtG) arrangement, to cover the period until FLIS is due to be replaced in 2027.

The new deal also provides for the provision of a tri-service base investment management system, based on that already in place for the Royal Air Force, to replace ageing legacy systems, taking its overall value to around £500 million.

Boeing won the original FLIS deal in 2010, taking on the role as single delivery partner for logistics information to the MoD. This came into force in 2011, replacing around 120 contracts with more than 50 companies.

The new deal has been awarded without competition, the MoD saying in a market transparency notice that FLIS services rely heavily on legacy systems and experienced personnel with specialist knowledge who would be difficult to replace from another source. The subsequent risk would create “an unacceptable risk to UK operational capability”, prompting the MoD to agree on the BtG arrangement with Boeing.

The contract takes in digital systems to support services including inventory, transport and movement, engineering and maintenance and general ledger management. These all have a strong impact on the Armed Forces’ operational capabilities.

FLIS is due to be replaced by a long term strategic solution named Business Modernisation for Support (BMfS), which will go out for competition in the future. The notice says that during the term of the newly extended contract the portfolio of services will be disaggregated and transitions primarily to the BMfS platform.