The UK risks falling behind in the race to use health data to save lives because of protests over privacy, a Government minister has warned. 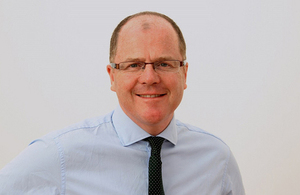 George Freeman revealed his “frustration” that progress is being held back by a combination of public and media ignorance and, he admitted, “badly communicated policy”.

During a Commons debate, the life sciences minister issued a rallying cry for the widespread use of data to “accelerate the search for cures and to prevent unnecessary suffering”.

Freeman told MPs: “It is all too easy to jump on a bandwagon and launch a campaign to say, ‘No data to be used’. That would profoundly betray those who are suffering from disease today who want their experience to help to prevent disease tomorrow.”

The minister spoke of his “frustrations with the situation”, adding: “The truth is that healthcare is digitalising very fast.

“That is not just driven by commercial app manufacturers. Many doctors are developing apps for their own benefit and that of their patients. Many patients are also developing apps. The revolution is coming.”

Freeman also spoke of ordering the removal of a photograph outside his office of a paramedic leaning out of an air ambulance “holding a pad of paper and a biro”. He said: “I said that when they come for me I want them to have an iPad, and the photograph was taken down.”

The debate was held in the wake of controversy over the troubled care.data programme to collect patient records for research purposes, which was shelved in 2014 after protests that the right to opt out had not been sufficiently explained to the public. Around 700,000 requests for data from hospitals and community healthcare services not to be passed to outside organisations were ignored by Health and Social Care Information Centre (now NHS Digital). After the discovery it agreed to honour all opt-outs.

Freeman said it was not a “state secret” that informing people about the project had been botched, and admitted an information leaflet sent to every home had been “confusing”.

There have been warnings that not sharing the data will seriously hinder the treatment patients receive in services such as cancer screening, or electronic prescriptions.

The care.data programme has now been relaunched, with trials running in four “pathfinder” areas - Leeds, Blackburn, Somerset and West Hampshire. But Freeman gave no update on the trials.

Instead, he pointed to the progress made, telling MPs: “More than 55 million people in England now have a summary care record. That is 96% of the population.

“Eighty-five per cent of NHS 111 services, 73% of ambulance trusts and 63% of A&E departments now use the summary care record and, by April next year, more than 95% of pharmacies will have access to it.

“By 2018, clinicians in primary care, urgent and emergency care, and other key transitions of care context will operate without paper, using the summary care record.”