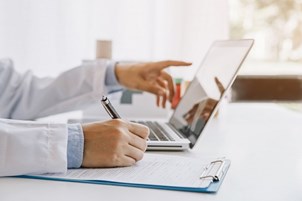 Knowsley, Liverpool, and Wirral are running the Merseyside Early Support Project using an algorithm developed by Liquidlogic and applied by Graphnet.

The project, set to begin in the first half of next year, will involve reading sets of data from sources including the local authorities and the Combined Intelligence for Population Health Action (CIPHA) platform to create an early support score that GPs can use to identify people who could benefit from being referred to social care.

If the individual agrees to a referral, it is automatically sent through to the social care system, where it can be flagged in the Liquidlogic Adults’ System workflow for early assessment and support. There is no additional work for the GP other than recording the outcome.

Liquidlogic said the solution is configurable, with numerous indicator areas, which allows local authorities to focus resources in areas that have been identified as a high priority.

For example, it could highlight an increase in GP or hospital visits over a three-month period, or complex medication plans associated with mobility difficulties or social isolation. It can also track the types of hospital admissions, such as planned versus emergency, and how long and frequent those stays are, to determine the likelihood of that person needing rehabilitation and extra support when they return home.

Examples of support could include reablement or homecare packages, referrals to community resources and social prescribing. They could also encourage self-funders to access appropriate support.

“This sort of early support work is right in the sweet spot of the agenda for integrated care systems. It's using shared intelligence from across the health and social care community to identify people who need care before their situation deteriorates,” said Liquidlogic’s managing director David Grigsby.

“It can then help to manage and monitor the effectiveness of that care, which is good for the individual and good for the system. It moves us away from reactive management into more proactive early support.”