A selection of Jobcentres in London have begun to use an online mentoring platform to support jobseekers aged 18-24 years-old. 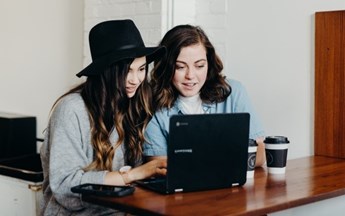 The Department for Work and Pensions (DWP) has supported the use of the Connectr platform from HR technology company MyKindaFuture with initial funding coming from consultancy Accenture.

Six jobcentres at Hounslow, Kingston, Romford, Marylebone, Fulham and Enfield have begun to use  Connectr to provide people with referrals from Jobcentre Plus work coaches with advice, tools and skills.

Candidates are offered the opportunity to choose from a selection of mentors recommended on the basis of their personalities, skills and ambitions. The mentors can support the jobseekers through the recruitment process, in steps such as identifying the right role and preparing for an interview, and when they have found a job.

MyKindaFuture is planning to roll out the programme across London and then nationally, depending on further funding being secured.

Accenture has provided the initial injection from its Skills 2 Succeed employability training programme, and there have reportedly been pledges of support from KPMG, Cisco, Skanska and Grant Thornton UKI.

A spokesperson said it hopes the platform, which has been developed over four years, will be used indefinitely.

The move has won the support of Minister for Employment Mims Davies MP, who said: “We are so pleased to be unveiling this brand new initiative in partnership with the DWP. The project has been designed to offer vital support to young job seekers in the UK, connecting them with employer mentors and increasing their chances of securing a job and succeeding in it. This is a landmark moment.”