LocalGov Drupal to become a not-for-profit

The LocalGov Drupal programme plans to turn itself into a not-for-profit entity to further pursue its work. 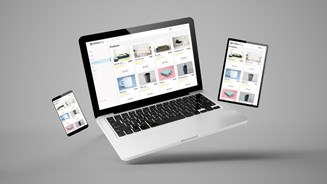 It has announced the move along with news that it has been awarded £400,000 from the Local Digital Fund to continue work on its customisable web platform for local government for another year.

LocalGov Drupal uses the Drupal open source content management system, has been developed by a number of local authorities and developers and allows councils free access to the platform. It currently has 22 councils sharing the distribution.

Will Callaghan, product and project lead, said: “I’m delighted that the Department of Levelling Up, Housing and Communities (DLUHC) has decided to fund for another year. It’s a huge vote of confidence in our work and the 22 councils who’ve joined us so far.”

He said one of the priorities for the programme is to move away from the current model of one local authority, currently Cumbria County Council, taking the lead role. It plans to replace this with a not-for-profit as a better vehicle for maintaining and growing what it has achieved so far, and to move it toward being financially self-sustainable.

This comes with a need to establish how the work will be funded long term and plans to provide details in the new year.

Another priority is to help content designers the tools to develop microsites more easily on the platform, and to help councils decide if a new category of content should be standalone or on their main websites.

“We know that we’re biting off a lot with this project, but some of our councils have already been thinking about microsites,” Callaghan said. “We’ve got a good place to start.”

There are plans to find a technical supplier early next year to support the work.

Thirdly, there will be an effort to build up the skills among councils to use the platform effectively.

The announcement on the funding indicated that the money will be used to provide additional functionality to the platform and help bring new councils into the project.

“The project team, which is led by council officers, embodies our ambitions of working in the open, working collaboratively with other organisations, targeting resources more effectively, and re-using good practice. This is demonstrated by the 22 local authorities and eight suppliers they now have on board.

“We're excited to support the team in its next phase, as they develop additional functionality and move towards a self-sustainable model."