A group of local government organisations has launched a legal challenge to the government’s decision to terminate the arrangement for councils to hold virtual public meetings. 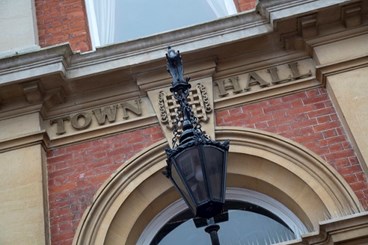 Local Government Lawyers (LLG) and the Association of Democratic Services Officers (ADSO), along with Hertfordshire County Council, have raised a High Court challenge on the issue.

This follows last week’s announcement by the Ministry of Housing, Communities and Local Government (MHCLG) that from 7 May it will again require councils to give the public physical access to full council and committee meetings. The rule was changed as an interim measure in April of last year to facilitate remote meetings during the Covid-19 lockdown.

LLG and ADSO issued a joint statement saying they were preparing to present a case to the High Court to be timetabled before the end of April.

“The proposal to delegate significant decisions to officers is likely to be viewed as undermining democratic accountability due to the fact that such decisions are not subject to direct member involvement,” they said.

“Given the circumstances authorities find themselves in due to the imminent loss of virtual meeting provision, they now face unpalatable decisions, which include restricting member attendance and a reduction in members roles in decision making, whilst attempting to keep the machinery of local government moving.”

The MHCLG decision also prompted protests from the Local Government Association (LGA) and the National Association of Local Councils, (NALC).

The LGA said the 7 May deadline is inconsistent with the government’s roadmap for leaving lockdown, and with the right of MPs to participate remotely in parliamentary proceedings until 21 June.

“The case is clear for the ability for councils to continue to be able to hold meetings flexibly,” it said. “We urge the government to reverse this decision and not force councils to have to hold Covid-19 secure face-to-face council meetings until all restrictions are lifted.

“Holding face to face council meetings, with supporting staff, could easily involve up to 200 people in one room even before adding in members of the public and reporters. This is likely to be a significant challenge with councils, for example, having to source larger venues in order to be able to host meetings with social distancing measures in place, such as full council meetings which will need to be held following the May local elections.

“This also risks damaging the gains seen in public participation in remote council meetings during the pandemic and our vital local democratic process.”

NALC chair Councillor Sue Baxter published a tweet saying: “Deeply disappointed at the government’s decision not to extend remote meetings powers. Clear case and extensive benefits. Return to face-to-face meetings a significant challenge for our 10,000 parish/town councils. Pleased to be supporting an application for court determination.”

Its CRO Julian David said: "Virtual council meetings helped reinvigorate local democracy, with increases in public participation and a renewed sense of place. While we understand the legislative pressures, it is disappointing to see that the emergency legislation will not be extended and there is no proposal for hybrid meetings.

"Local authorities have proven how quick and successful they can be in adopting new technologies. We believe this is a missed opportunity for both local digital democracy and for the future of local public services. Now is the time for government and councils, as we look to build back better, to be innovative and ambitious, utilising technology to stimulate local economies and renew local democracy.”

MHCLG has apparently left the door open for a change of policy for the longer term, with a call for evidence on the experience and possible future of virtual meetings in local government.

The NALC urged local councils to respond to the consultation.