Liverpool City Region Combined Authority has entered a joint venture with the ITS Technology Group to deliver a full fibre network infrastructure for the region.

Named the LCR Digital Infrastructure Project, it has been valued at £30 million and will involve ITS working with construction partner NGE on building a gigabit-capable fibre optic network covering 212km.

Work has already begun, with the initial phase to create a resilient fibre backhaul network connecting three trans-Atlantic cables and major economic clusters in each of the city region’s six local authority areas.

Over the next two years digital infrastructure will be installed in carriageways, footpaths and cycle ways. 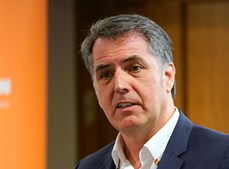 Mayor Steve Rotheram (pictured) said it could ultimately provide a boost to the local economy worth up to £1 billion. It is expected to support growing sectors including health and life sciences and artificial intelligence.

The network is also likely to support public service initiatives in the city region, including the development of an intelligent transport system, announced in 2019.

Rotheram commented: “Our region was at the heart of the first industrial revolution, and I believe that this project can help us be at the forefront of the fourth industrial revolution, creating thousands of jobs and ultimately generating £1bn for the local economy. It will make us leaders in the industries of tomorrow and will help us attract talent and investment from around the world as others look to take advantage of our skills, infrastructure and expertise.

“Local people and businesses will feel the benefits too – in the form of significantly faster speeds as well as the jobs and training opportunities, although the government still needs to tackle the problem of digital exclusion.

“And, best of all, it will all be 50% owned by us so we can continue to reap the benefits for years to come.

The announcement comes a year after the beginning of work, backed by a £6.4 million investment, on more than 220km of fibre in carriageways, footpaths and cycleways covering the six boroughs.