Lincolnshire County Council and Lincolnshire Police have given their support to the use of an app to help tackle exploitation among farm workers. 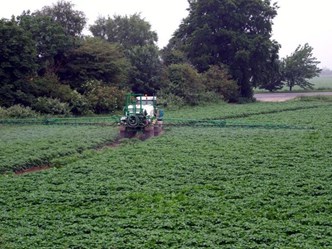 Named the Farm Work Welfare app, it has been developed by The Clewer Initiative – a Church of England anti-slavery programme – in partnership with the Gangmasters and Labour Abuse Authority, the National Crime Agency, the National Farmers’ Union, the Church Commissioners for England, fresh produce supplier the Fresca Group and the Modern Slavery Helpline (MSH).

It enables farmers and workers to flag up concerns about labour exploitation or modern slavery and seek help, with the information processed by the MSH.

Councillor Barry Young, chair of the Safer Lincolnshire Partnership, said: “This new app puts a safeguard in place for workers and farmers, letting them know what they should expect and giving them an opportunity to report any concerns.”

Marc Jones, the police and crime commissioner for Lincolnshire, expressed his support for the app, and Bishop Alastair Redfern, chair of The Clewer Initiative, said: “Victims of modern slavery are often kept by highly organised, ruthless criminal gangs in remote locations. These gangs pose as legitimate labour providers offering a ready supply of workers to farmers and growers who may not always spot the signs of exploitation.

“That is why we have developed the Farm Work Welfare App - we want to provide a resource for both farm businesses and workers to help them navigate the challenges of seasonal worker recruitment and thwart the criminal networks.

“The app is easy to use and will help farmers and growers avoid unwittingly using unlicensed and criminal labour providers. For pickers who may not be familiar with UK worker rights, it will provide vital information, in eight languages, on what they can expect.”

The Clewer Initiative and the Catholic Church in England and Wales previously launched a Safe Car Wash app in 2018, which encouraged motorists to report concerns they might have over labour exploitation and modern slavery in the hand car wash industry.