LGA calls for the Government to back local digital champions

The Local Government Association (LGA) has called for the Government to provide financial backing for local digital champions to extend broadband connectivity in rural parts of England. 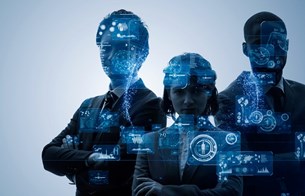 It has included the call within its Spending Review 2021 Submission, in advance of the chancellor of the exchequer allocating funds around government later in the year.

The LGA document includes a section on connectivity in rural areas, saying that £30 million per year should be made available to put in place local digital champions.

They would help to co-ordinate delivery locally and recruit extra capacity within highways and planning teams to respond to surges in local roll out activity, such as dealing with planning applications and permit requests for streetworks.

It would be accompanied by the creation of a £250 million contingency fund for councils to support the roll out of ultrafast broadband in areas within the scope of Project Gigabit – aimed at providing gigabit connectivity to more than a million hard to reach homes and businesses – and a review of the £3,400 cost cap for the Universal Service obligation. The latter point is aimed at providing a better understanding of premises with costs above the cap and providing a mechanism to support them further.

The LGA submission also includes a call to make a priority of supporting early years initiatives for families with enhanced digital offers and a focus on community assets.

On a broad front, it lays out priorities for a financial foundation for local government, investments in adult social care and public health, spending on communities and tackling health inequalities, reaching net zero, education and children’s social care, and build back local economies.

The document refers to the prime minister’s talk of “levelling up” and says: “It is clear that the starting point for this new approach to our public services, a joint endeavour with national government, needs to be a rethink of public finances with a multi-year financial settlement providing local government with certainty over their medium term finances; sufficiency of resources to tackle day-to-day pressures and the lasting impact of COVID-19; and that recognises the benefits of investment directed by those closest to the opportunities for shared prosperity.”

It says this will require a degree of decentralisation in public spending.