The Local Government Association (LGA) has called for councils to have a significant role in ensuring that all new houses are equipped with gigabit-capable broadband. 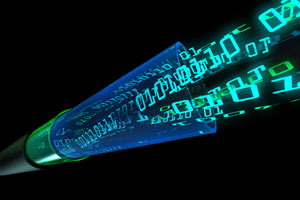 It issued the statement shortly after the Government’s announcement that it will legislate to make sure that all new-builds have the appropriate connectivity.

The LGA’s digital spokesperson, Councillor Mark Hawthorne, welcomed the move and added: “Councils are best placed to understand the digital needs of their areas and ensure that local policy, such as planning and highways regulation, is streamlined to help improve connectivity.

“Councils want to work with (telecommunications regulator) Ofcom to ensure coverage is accurate, up-to-date and reflects consumer experience so that communities and businesses across the country are able to access high quality connectivity as part of their daily business.

“It is vital that developers, broadband providers and the Government now work with councils to deliver their ambitious programmes.”

The announcement from the Department of Digital, Culture, Media and Sport said that one in five new-build homes are still being built without gigabit-speed connections, mostly in smaller developments, where the cost can be higher or network operators have not had the time they need to build in connections before completion.

The planned legislation will mean developers will be legally required to install high quality digital infrastructure from the outset, make it a priority as part of the build, and ensure broadband companies are on board before the first brick is laid.

It will involve amending building regulations to guarantee that all new homes have the right infrastructure to support gigabit broadband and housing developers must work with network operators to install internet speeds of over 1,000 Mbps in new-build homes, up to a cost cap of £2,000 per dwelling.

The legislation will be laid as soon as parliamentary time allows.