Leeds City Council has announced that its clean air charging zone (CAZ) is scheduled to go live on 28 September this year. 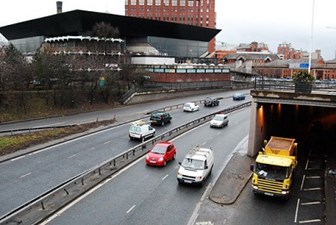 It follows the precedent set by London in catching number plates of vehicles in the central zone of the city on cameras and checking against a database to identify those which fail to meet minimum emissions standards, then imposing charges – although the council has not yet announced the details.

It has signed a deal with Siemens for the monitoring technology.

The move follows the recent announcement that the online vehicle checker service that supports the initiative has gone live. This has been developed by the Department for Transport (DfT) to help vehicle owners discover if they will be subject to the charges.

Councillor James Lews, executive member of the council with responsibility for air quality, said: "We're already seeing improvements to our city's air quality thanks to the thousands of drivers that have already switched to less-polluting vehicles. As more businesses switch to cleaner vehicles to avoid charges we will no doubt continue to deliver even more improvements.

"With six months before the zone takes effect, it is now time for businesses to prepare. I would strongly encourage those who may be affected to check their vehicle and find out more about the financial support and exemptions available by visiting our website."

The council added that ahead of the zone's introduction, the council is supporting affected vehicle owners and operators to transition to lower emissions vehicles that won't be charged. More than £5.4 million in financial support has so far been awarded to help local businesses switch to cleaner vehicles and an additional £3.1 million has been provisionally approved.

Birmingham is also in line to impose a clean air scheme following the DfT’s development of the vehicle checker.