Tackling digital poverty is about more than altruism. It makes good economic sense in a country with a major skills shortage, productivity issues and an ongoing pandemic, according to Lord Jim Knight, co-chair of the Digital Poverty Alliance (DPA). 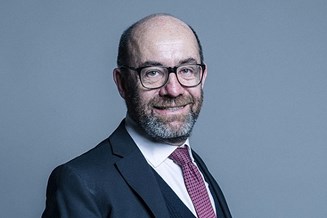 He explains it with a reference to his early experience as a driver.

“My first car was a Ford Fiesta, and as you grow as a driver, you get a better car,” he says. “The technology industry relies on that growth, and it is important that we in the commercial sector do our bit so that if we grow the people and skills online, then we make a bigger economic cake to share.

“One of the things we would love to see, as a legacy of the pandemic, is a rethink of how we do things. So a collective rethink on how we face globalisation, technology change, climate change, migration and conflict.”

Those suffering digital poverty will be excluded from these life changing issues if they are not digitally literate or connected. Expanding online access and skills could well be the most significant form of levelling up a nation can deliver, whether achieved by an alliance or authority.

He adds that better connectivity will have more impact than the HS2 high speed rail line that is now being scaled back.

Knight has a relevant background in government to press the agenda, having been minister for schools under the Labour administration between 2006-09 and then for employment and welfare reform from 2009-10. Since then he has been a member of the House of Lords and chair of the Good Things Foundation, a digital inclusion charity that has joined the DPA, a visiting professor on education at the University of London and the director of Suklaa, an education and tech venture.

Formed in the autumn of 2021, the DPA is a membership organisation that defines its role as building collective action, learning and sharing with the aim of reducing digital inequality. It aims to end digital exclusion by 2030, stating it is a place for everyone in government, corporation, professional bodies or grassroots communities and individuals looking to address the issue.

“It has come together as a coalition of like-minded people that share a passion for dealing with unfairness,” Knight says, adding: “There is a lot of activity and one of the exercises we have done at the DPA is to understand the digital poverty ecosystem.”

An interim review has found that digital poverty is closely related to socio-economic, racial, linguistic, gender and health issues. Key causes include the lack of access to devices, connectivity, capabilities, motivation, support and therefore participation. All of these were heightened by the pandemic and the subsequent closures of schools in 2020 and 2021.

A survey by telecoms sector regulator Ofcom found that nearly 20% of children did not have consistent access to a suitable device on which to take part in home learning, and 27% of children living with financial vulnerability had poor access to a device. These households had to share devices across children of different ages throughout the school day. In 3% of cases, schoolchildren had no device at all.

In addition, a survey of 700 teachers in 200 schools across the UK found that 47% of them had no adequate access to technology themselves, whilst 16% had a good internet connection but had to share a device with other household members.

“One of the early things we have done at the DPA is look at the digital poverty of teachers, and we are now equipping them with devices,” Knight says.

Knight looks back to the Home Access Scheme run by the Labour Government between 2008-10, which helped 500,000 low income families get online. He acknowledges it had shortcomings but was disappointed that it was discontinued by the Coalition Government in 2010.

“If it had been maintained, then we would be in a very different place today,” he says. ”However, different governments have different priorities.”

Central government has responded to the pandemic lockdowns with the provision of 1.3 million devices in two waves, but Knight says the lessons of the Home Access Scheme have apparently not been learned.

“The Department for Education roll out made the same mistakes as we made in government, it is a bit ‘spray and pray’. Devices must have connectivity, as well as skills, confidence and good content.

“Spray and pray will work a little bit; you can sow seeds, and some will germinate. Or you can be more scientific.”

But he is keen for the DPA to work with the Government on a more comprehensive approach.

“We will engage with Michael Gove,” Knight says of a desire to work with the secretary of state for levelling up, housing and communities.

“Government can only do so much, and one of the biggest obstacles is the hesitancy of the public. There are still 10 million people that are not online, and that is a behavioural problem, rather than cost or access.”

Knight also says DPA members want to use the pandemic and the realisation of the scale of digital poverty to reboot the place of the internet within society. This is not just about providing the tools and connections, but also playing an active role in the shaping of legislation that impacts technology and internet access in the UK.

“There are issues of trust and confidence that we can play a really positive role in,” he says.

“The DPA aims to re-imagine the public realm so that access to digital information provides empowerment, but without users suffering from harm and hate online.”

He adds: “Currently I am scrutinising the bill tackling online harm, and that is part of making the internet a safer place and understanding how the Government will regulate in these areas. There is also a place for regulations in terms of connectivity.”

Image by Chris McAndrew, CC BY 3.0 via Wikimedia